Watch the video for ‘These Things’, taken from the new album

The album’s release falls on the 20th anniversary of Looper’s first show, at Glasgow School of Art, and follows the release of Stuart David’s latest novel, Peacock’s Alibi. The book, the follow up to 2001’s The Peacock Manifesto, is published by Polygon books and The Independent have already made it one of their 9 Best Scottish Fiction Books

Quiet & Small is a collection of acoustic versions of Looper tracks – versions of tracks from 1999’s Up A Tree, 2000’s The Geometrid, 2003’s The Snare (where we were first introduced to the character of Peacock Johnston, the central character of the latest novel) and 2015’s Offgrid:Offline.

Looper emerged from Belle & Sebastian in 1997, when Stuart David (co-founder and bass player of Belle & Sebastian) and his wife Karn (an artist who directed the early B&S videos) collaborated for a show at Glasgow School of Art. A degree show fundraiser for Stuart’s sister Karla Black – who received a Turner Prize nomination in 2011- the performance was a multimedia affair incorporating TVs, super 8 film, 35mm slides and kinetic sculptures. Since nothing broke down and everyone clapped, they decided to keep doing it.

The band went on release four albums via Sub Pop, Jeepster & Mute, with many of their tracks appearing in the film, including Mondo 77 which appeared in Cameron Crowe’s Vanilla Sky – Watch the recent video for that track here

After a break from music for a few years, Karn went back to art school to study animation and Stuart turned his focus to studying literature and writing novels, a move to the remote countryside, post-study, prompted the creation of a new body of work, 2015’s Offgrid:Offline and the 5CD box set, These Things, which collates tracks from their entire catalogue. Stuart David’s memoir In the All-Night Café: A Memoir of Belle and Sebastian’s Formative Year was published by Little Brown/Abacus in 2015 to critical acclaim. Peacock Johnson, along with his wife Bev, has featured in Stuart David’s novels, Looper songs and videos, in stage performances and, in his star turn, in Ian Rankin’s 2003 Detective Rebus novel, A Question of Blood.

Johnson’s existence crisscrosses between fiction and reality with comic exuberance. David, posing as Peacock Johnson, bid successfully at a charity auction to have a Rebus character named for him.

In the new novel, the fictional Johnson is finding his notoriety tiresome, ‘The Rankin boy blew me up out of all proportion – took a few rumours he’d heard here and there and exaggerated me beyond belief. That’s their job, Duncan. Writers, they write fiction. But a wheen of folk’ve been treating me differently ever since they read that book. I’ve been smeared. …In real life, I’ve never been done for so much as light GBH, never mind killed a guy. I’m an ideas man, with a part-time sideline in petty theft to pay the bills.’

Quiet & Small is out now on Mute

These Things and Offgrid:Offline are available from the Looper store

Peacock’s Alibi by Stuart David is out now, published by Polygon (£8.99, paperback)

“Peacock is witty, humorous and relatable. A light-hearted and gripping story that keeps the reader on their toes” – Dundee Courier 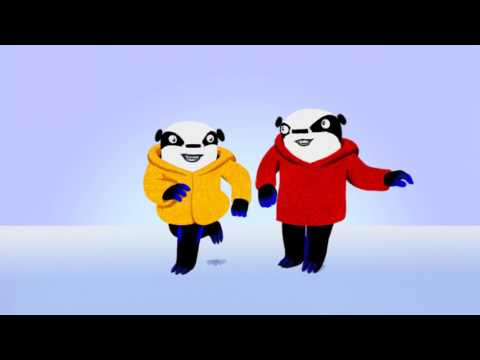