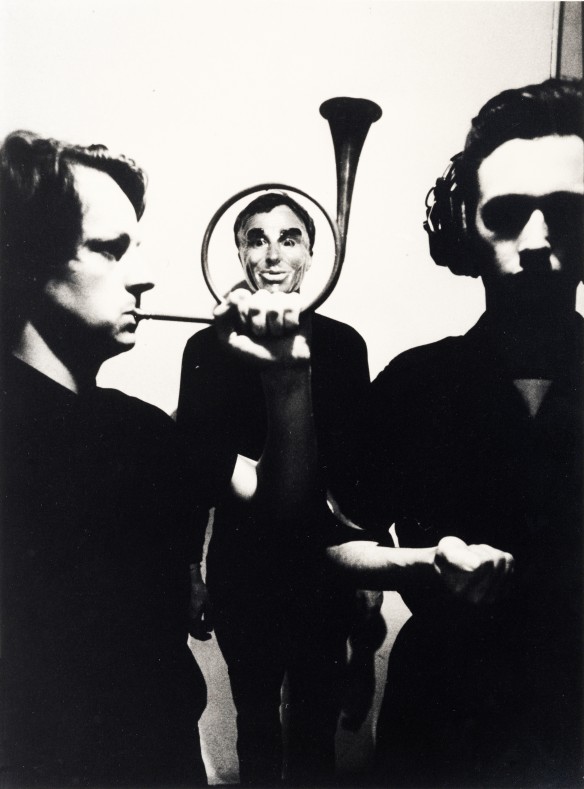 Remastered and available here on vinyl for the first time since Mute’s reissue in 1990, Red Mecca features the line up of Richard H Kirk, Stephen Mallinder and Chris Watson, and is Cabaret Voltaire’s third album, and the final full album with co-founder Chris Watson.

Red Mecca was produced at Western Works, Sheffield, and, although rioting at this time hadn’t reached Cabaret Voltaire’s hometown, it was a particularly incendiary time across Britain and the tension was explicit through the news media. Explains Kirk, “that insurrection on the streets found its way into the music” and the album was seen by many as the alternative soundtrack to the unrest on the streets.

With Middle Eastern musical influences and a title that reflected the beginnings of long running tensions stemming from the Islamic Revolution and the resulting Afghanistan conflict and rise in fundamentalism, the buried vocals and large instrumental passages are a wonderful bridge between the punkier ethos of earlier releases, Mix Up and The Voice Of America and the more dance minded 2X45 and Yashar EPs that followed.

Listen to Spread The Virus below:

Inspirations on the album were varied, but these tensions were particularly highlighted by ‘A Touch Of Evil’, which bookends the album and was itself was inspired by the Orson Welles film Touch of Evil (1958) and the soundtrack by Henry Mancini. For ‘Spread The Virus’, the inspiration came from William Burroughs and northern soul while CB became another, initially unlikely sounding, inspiration. CB radio was important at the time as an alternative method of communication. Says Richard, “we were thinking about doing a pirate radio at that time, which never happened, but buried in the sounds before ‘Red Mask’, are clips of CB radio transmissions.”

Red Mecca is an intriguing snapshot of a band continuing to experiment and evolve, different enough to anything of theirs before or after, and very different to whatever the rest of the planet was producing at the time (or since).

A Touch Of Evil
Sly Doubt
Landslide
A Thousand Ways