We are ecstatic to announce that Amen & Goodbye, the fourth studio album from Brooklyn-based band Yeasayer, will be released worldwide via Mute on 1 April 2016.

Today, Yeasayer offer a peek into the world of Amen & Goodbye with ‘I Am Chemistry’, the first track to be heard from their highly anticipated forthcoming album. Featuring guest vocals from the legendary folk singer Suzzy Roche of The Roches, ‘I Am Chemistry’ is a linear psychedelic journey proving Yeasayer still has the knack for writing very odd pop songs.

To visually interpret the album, Yeasayer collaborated with renowned sculptor David Altmejd (whose artwork is a major influence on the band) to create the gatefold artwork. The teasers released prior to ‘I Am Chemistry’ contained some of the sculptures Altmejd created while listening to the bands new album. This was a dream come true for the band and the full artwork (to be revealed later) is utterly spectacular. Watch the teasers here: http://www.yeasayer.xyz/

Melding the song and vision of Yeasayer and Altmejd, director group New Team Ltd have created the music video for ‘I Am Chemistry’. Yes, it’s as odd and fantastic as you’d expect from a Yeasayer music video: a cosmonaut giving birth, dancing statue children, landscapes strewn with disfigured monuments, poisonous pod plants, and neon caves.

Watch the video for ‘I Am Chemistry’ here: http://po.st/YeasayerIAmChemYT

Amen & Goodbye is the follow up to 2012’s Fragrant World. Moving away from a digital-heavy approach, Yeasayer recorded Amen & Goodbye to tape at Outlier Inn Studio in upstate New York, then brought on board Joey Waronker (drummer – Atoms For Peace / Beck) to deconstruct everything to make the final document.

Amen & Goodbye features Yeasayer’s trademark sound without sounding like anything the band has done before. They have created a collection of strange fables from the Bible of a universe that does not yet exist. 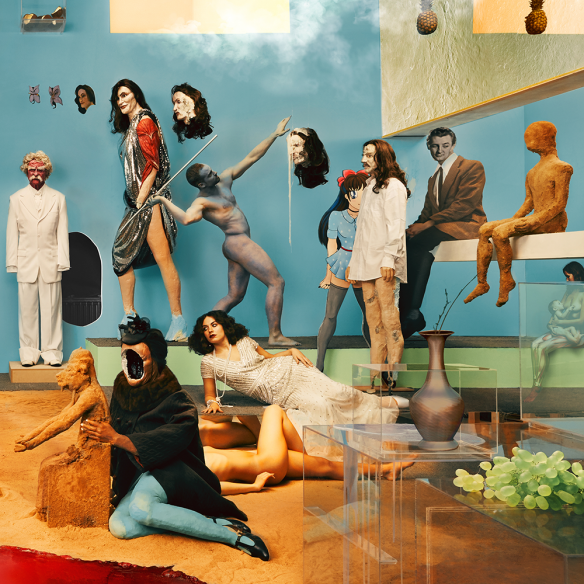 Yeasayer will tour in support of Amen & Goodbye – live dates to be announced.