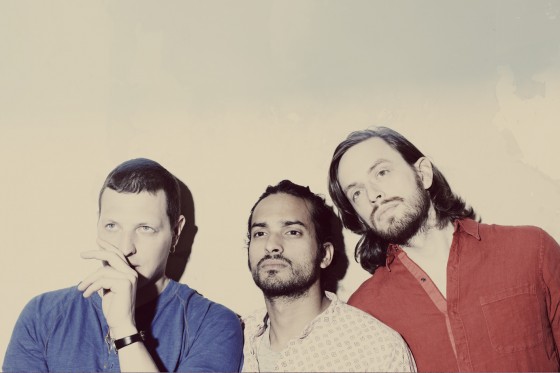 Yeasayer have announced a very special fan show at The Lexington on Wednesday 11 July, ahead of their Latitude performance the following weekend. Continuing to show special appreciation to their fans after their personal touch with first track ‘Henrietta’ (sent out by post to 200 fans), the show was first announced via Yeasayer’s mailing list, before any tickets go on sale to the general public.

A full UK tour has been announced for September, calling at London’s Shepherd’s Bush Empire on the 27th. Tickets go on sale this Friday 15 June at 9am.

For now, enjoy this mesmerising vignette designed for ‘Henrietta’: http://www.youtube.com/watch?v=vo4rbhR_vsk

Yeasayer will release their anticipated new album Fragrant World on 20 August 2012 on Mute, the follow up to 2010’s crossover hit Odd Blood. Having set the internet alight with the teaser track ‘Henrietta’ last month, as well as Zane Lowe’s ‘Hottest Record In The World Right Now’ on Radio 1, the psychedelic experimentalists from Brooklyn are set to make an assured return with their most accomplished album to date.

Odd Blood was widely regarded as one of the best albums of 2010, hitting everyone’s end of year lists including NME, Mojo, Q, Uncut, The Fly and The Sunday Times. A hard act to follow, certainly, but Fragrant World does not disappoint. Produced once again by Yeasayer themselves (and mixed by Dan Carey), it is a wholly immersive record. Keyboards clank and wheeze, tiny claps stumble against busted drum machines, and there’s very little obvious guitar. It is an album that grapples with the schizophrenia of the modern world by gathering piles of electronics and moulding them into something vast and rather gorgeous.

Couched in healthy fear, yet unafraid to move forward and expand, pulling in new influences just as frequently as new worries, Yeasayer have created a dense and beautiful record. It is as much a synthesis of the last three decades of pop music as it is a way of dealing with the oddities of life.