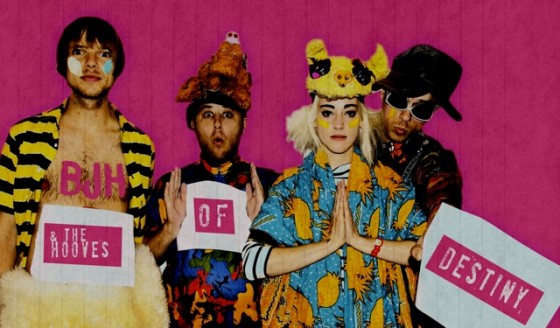 With her brilliant Mute debut album, “Yours Truly, Cellophane Nose”, set for release on 23rd January 2012, Newcastle’s psychedelic pop polymath Beth Jeans Houghton and her band The Hooves Of Destiny will be releasing the first single, Liliputt on 7″ and download on 24 October 2011.

String-laden and galloping, the track is the sound of Beth Jeans Houghton & The Hooves Of Destiny marching into action. “I put a saddle on each of the guys and rode them around the studio until we got a take without their screams on it.”

Before the release, Beth and band will be heading out on tour in September and October, bringing her intimate and often unpredictable performances to towns and cities around the UK.

“The tour should be a lot of fun,” says Beth. “I feel no happier than when I’m on the road and sharing scraps of food with the guys. You can expect a hell of a lot of new songs and oversized T-shirts.”