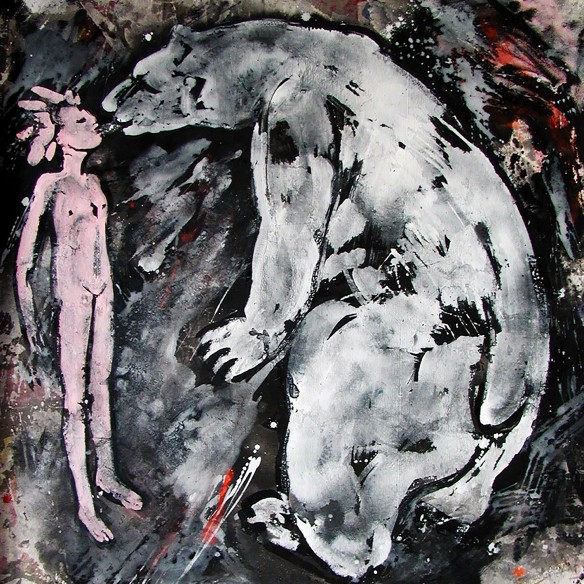 Electro Violet is the career spanning retrospective from legendary avant-garde composer Irmin Schmidt, out on Mute / Spoon Records on 20 November 2015. This 12 CD deluxe box set takes you on a journey through his entire solo work from 1981 to the present day.

Irmin Schmidt is a founding member of Can, the German band whose unparalleled genius remains unquestioned, timeless and immeasurably influential. When all Can members decided to part and explore new sounds, Irmin teamed up with Swiss jazz and electronics musician Bruno Spoerri to make his first post-Can album, Toy Planet (1981), which opens the box set. The collection then travels through to his Gormenghast opera, solo albums, collaborations with Kumo (Jono Podmore) and Duncan Fallowell, plus his extensive and award winning film soundtrack work.

Following the release of Toy Planet, Schmidt continued his work for film and released his second solo album, Musk At Dusk (1987), followed by Impossible Holidays (1991).

Both Musk At Dusk and Impossible Holidays feature lyrics by the novelist Duncan Fallowell, sung by Schmidt. The collaboration with Fallowell continued with his next project: the opera Gormenghast, based on Mervyn Peake’s classic novel, for which Fallowell wrote the libretto.

During work on the opera Irmin Schmidt met Jono Podmore, electronic composer and programming specialist, which whom he formed the duo Irmin Schmidt & Kumo and released two albums: Master Of Confusion (2001) and Axolotl Eyes (2008).

All six solo albums are featured in Irmin Schmidt’s Electro Violet alongside six soundtrack CDs that provide an overview of Schmidt’s work for film.

The Electro Violet box comes with an 80-page booklet, featuring new sleevenotes from Max Dax and Irmin Schmidt. Each album is presented in an individual gatefold sleeve and the artwork, entitled Bärenkuss 5, is by longtime friend, the Berlin artist FRANEK – the original art measures at 142cmx122cm, for more information on the artist, go to: http://www.franek-berlin.de

Listen to an unreleased track from the box set here:

Why Not is from the soundtrack of award winning German director Stephan Wagner’s 2012 film, Lösegeld (produced by WDR / ARD) and features Markus Stockhausen (son of Karlheinz Stockhausen) on trumpet.