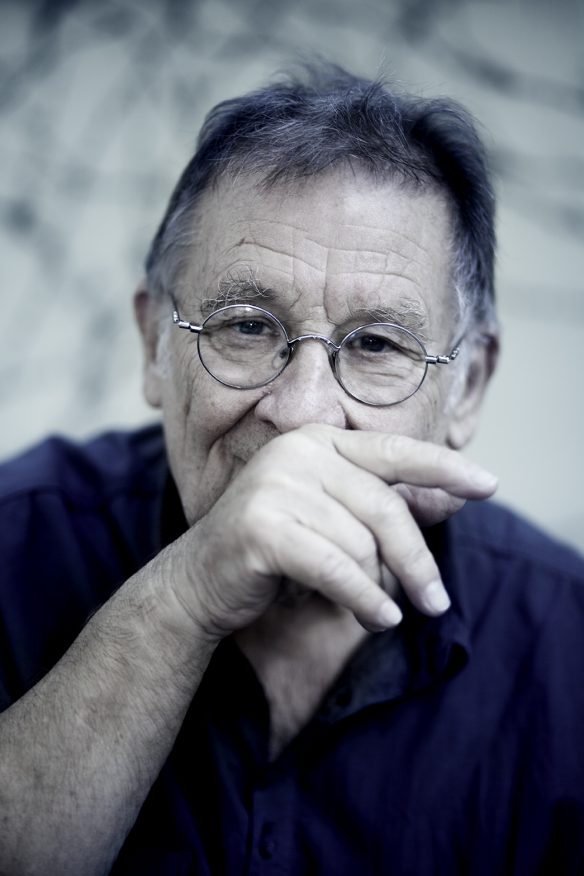 Irmin Schmidt has released a new track from his forthcoming album of piano pieces, an edit of the final track on the album, ‘Klavierstück V’.

5 Klavierstücke is released by Mute in conjunction with Spoon Records on 23 November 2018 on vinyl, CD and digitally and the release coincides with events centred around his works later this year including the International Film Festival Braunschweig and the Volksbühne Berlin.

The work of Irmin Schmidt will be a large part of the International Film Festival Braunschweig this autumn, with events including a retrospective of his work for the film. Schmidt will also present two new compositions for orchestra he wrote in collaboration with Gregor Schwellenbach: Can Dialog – featuring motifs from Can, which premiered at the Barbican in 2017 – and the suite Filmmusiken – an orchestration of several of Schmidt’s soundtracks. Irmin will conduct the Staatsorchester Braunschweig for the premiere of Filmmusiken at the Film Festival in November and this will be the first time that Can Dialog has been presented outside of London.