LISTEN TO THE FIRST TRACK, ‘STRAIGHT TO THE TOP!’ 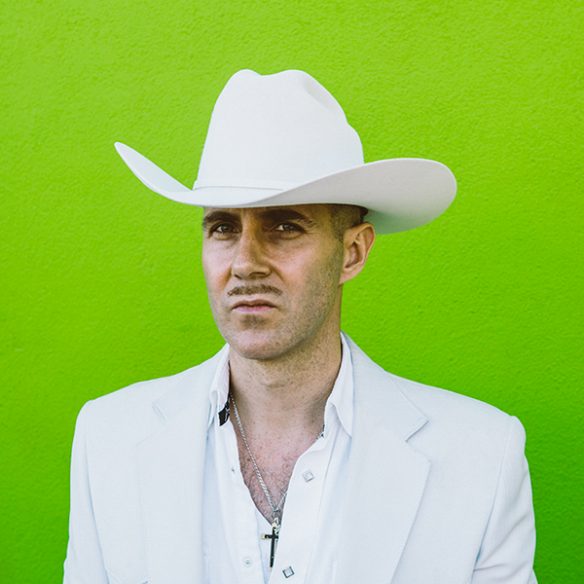 JOSH T. PEARSON will release a new album, The Straight Hits!, on 13 April 2018 and announces a UK tour starting in Leeds on 15 May, continuing on to London’s Shepherd’s Bush Empire on 22 May before travelling through Europe (full details below).

Listen to the first track, ‘Straight To The Top!’ – https://youtu.be/tlrMqGhAc4o

Though he’s been a recording artist for over two decades now, and has been writing songs for thirty years, The Straight Hits! is only Josh T. Pearson’s second solo album, and follows his acclaimed debut, 2011’s Last Of The Country Gentlemen and 2001’s The Texas-Jerusalem Crossroads by his group Lift To Experience.

Lately, the dapper Texan gentleman has been motivated by a desire to share more Josh T. Pearson music with the world, before it’s too late. “In the last years I learned to dance, take drugs, make love… choose life. I got rid of the beard, cut my hair and started wearing colour. I burned down all my idols and realized in the process that I needed to burn down my reputation as fast as I could too. I felt constricted by the old stuff and I didn’t like being in a cage. It wasn’t letting me move on.”

“I was at the US Embassy in London when the shit went down with the presidential election in 2016,” he remembers. “It was unsettling; I’ve never seen the country so divided. A responsibility seemed to shift within me – like, where are the people really stepping up to spread joy?”

It is in this spirit that Mr. Josh T. Pearson presents The Straight Hits!, an album which began as a mere creative exercise – each song had to follow certain parameters, listed below as The Five Pillars – and one that has given Pearson the freedom to write a lighter, more “straight” album.

In three days, Pearson had penned nine whole songs (the album also includes a cover of Austin Americana singer/songwriter Jonathan Terrell’s wonderful country tribute song ‘Damn Straight’) – “The album is a departure from years of long form songwriting with tunes meant to hit straight and to the point. They all had to be direct hits although I don’t know if I got the ‘hits’ part right, but I did think it was funny calling it a ‘hits’ record after releasing only one solo album after a lifetime of playing music.”

The Straight Hits! features multiple different flavours of country, rock and all points in between, taking in blasts of goofy shit-kicking country-punk (opener ‘Straight To The Top!’,); cataclysmic rock’n’roll playing its romantic drama at high-stakes (‘Loved Straight To Hell’, which compresses the elemental power of Lift To Experience into five and a half minutes of symphonic turmoil); aching folksy mourn (‘Dire Straights Of Love’), and even a bona fide love song, the deliciously profound ache of ‘A Love Song (Set Me Straight)’, which Pearson admits breaks several of the Five Pillars, but obeys an unwritten Sixth Pillar: Musical rules are made to be broken.

Written fast, the tracks were cut with similar no-nonsense focus, in three days with engineer Matt Pence (who made Mute’s 2017 reissue of The Texas-Jerusalem Crossroads sound so vivid) at the controls, Lift To Experience drummer Andy Young once again manning the traps, and Daniel Creamer and Scott Lee Jr. of The Texas Gentlemen on keyboards and bass guitar. The recordings were then flown to the UK to be mixed by Ben Hillier. And while the whole project was meant as a simple “exercise”, the result is some of Pearson’s finest music. 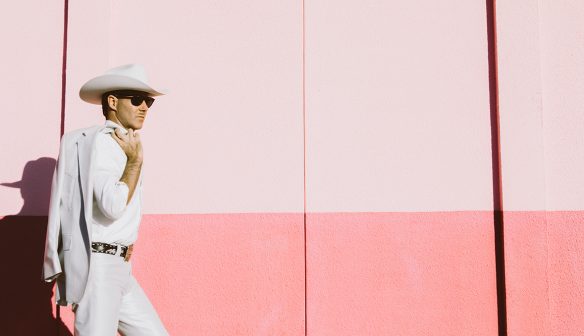 Tickets are on sale from 19 January – https://www.facebook.com/pg/joshtpearson/events

Praise for 2011’s Last Of The Country Gentlemen

Listen to the first track, ‘Straight To The Top!’ – http://smarturl.it/JTPSTTT