Josh T. Pearson has unveiled the video for his latest single ‘A Love Song (Set Me Straight)’. The single, out on 24 August 2018, is taken from Pearson’s latest album, The Straight Hits! and comes backed with a brand new cover of Depeche Mode’s ‘Cover Me’.

Pick up the record here

Shot in Mexico, and directed by Groovy Chaos (ShadowParty, Moby, onDeadWaves), the video sees Josh T. Pearson, a mysterious woman and the most perfect pink Cadillac travelling through the hot desert.

The Straight Hits! – out now on Mute – is the follow up to Pearson’s acclaimed debut, 2011’s Last Of The Country Gentlemen. The album began with a creative exercise – each song had to follow certain parameters, listed below as The Five Pillars – giving Pearson the freedom to write a lighter, more “straight” album.

The deliciously profound ache of ‘A Love Song (Set Me Straight)’, the album’s love song – described by The 405 as “the highlight of the album” and by Drowned In Sound as “…classic Pearson with soaring vocals, distressed guitars and a level of emotional outpouring that requires a tea and a bit of a sit after.” – breaks several of the pillars, but obeys an unwritten Sixth Pillar: Musical rules are made to be broken.

The single release coincides with his appearances at La Route du Rock, Sea Change and End of the Road festivals this summer and a new solo date – Tuesday 4 December at St Johns in Bethnal Green – has just been announced. Tickets are on sale from 10am on Friday 27 July. 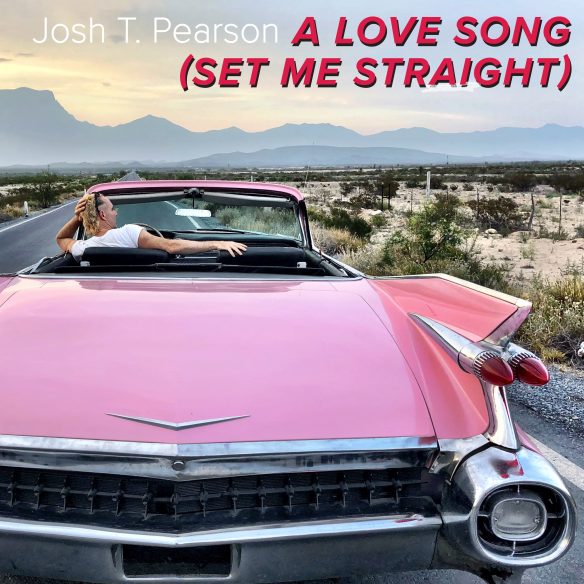 The Straight Hits! features multiple different flavours of country, rock and all points in between, taking in blasts of country-punk (opener ‘Straight To The Top!’), cataclysmic rock’n’roll playing its romantic drama at high-stakes (‘Loved Straight To Hell’, which compresses the elemental power of Pearson’s previous band, Lift To Experience into five and a half minutes of symphonic turmoil) and aching folksy mourn (‘Dire Straights Of Love’).

5) They must submit to the song above all else. (“You do as she tells you, whatever the song tells you,” Pearson explains. “You bend to her, and not her to you.”).

Watch the video for ‘Straight At Me’