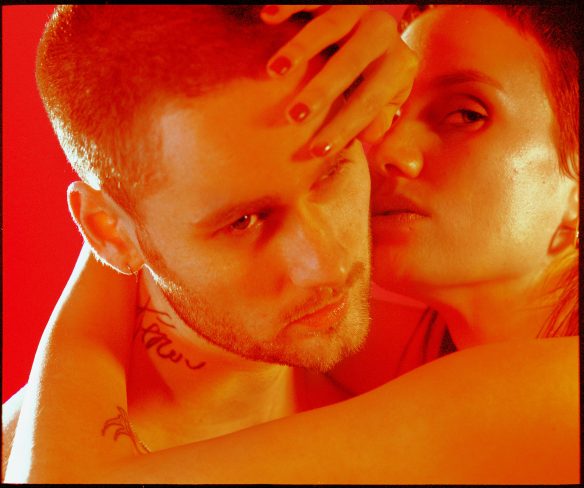 Lost Under Heaven have shared a new single ‘Come’, with a ground-breaking VR video produced in partnership with Treatment Studios. The track is taken from their new album, Love Hates What You Become, due for release 18 January 2019 via Mute.

The Manchester-based audio/visual duo comprised of Dutch artist Ebony Hoorn and British vocalist Ellery James Roberts will play Oslo in London on 24 January, as well as regional dates around the UK and Europe.

Watch the virtual reality experience for COME below.

In the Spring of 2017 Treatment Studios –known for their ground-breaking live visual’s for the likes of U2, Sigur Ros, and New Order– approached Lost Under Heaven with a proposition. They wanted to experiment with Virtual Reality, to learn technique and process that in turn would enrich their creative practice, so if LUH provided a song, a concept & direction, they would design and build it, fully realised in immersive VR.

At the time, the duo were in the process of writing a new record, and decided to share the demo of ‘Come” a bombastic banger exploring the “tantric union of masculine and feminine energy and the manifesting potential of sexual transmutation”. Ebony Hoorn, the band’s visionary director, shared a storyboard depicting “the symbolic journey from separation to unification, where following a dramatic fall from the heavens you hurtle into a wasteland, as a disembodied consciousness you begin to rise, life starts to blossom as you approach the womb within the Tree of Life…” 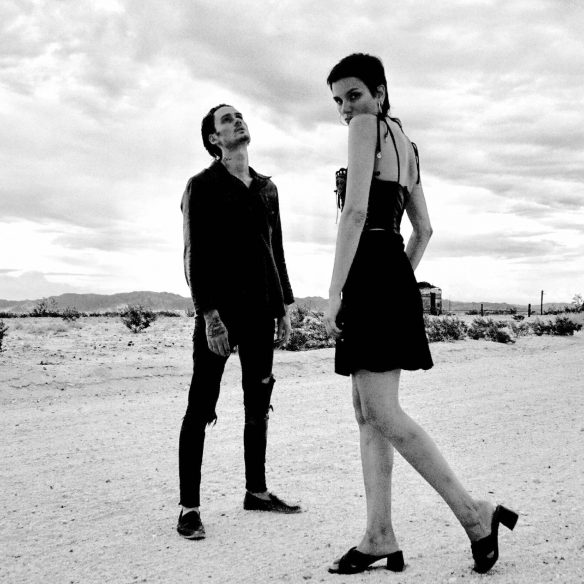 Over the following year, in an organic process of exploration and experimentation, Treatment’s creative director Damian Hale developed the work in close dialogue with Hoorn, constantly evolving the initial blueprint and pushing technical possibility with creative solutions, with the sole ambition to see how far they could reach across uncharted territory.

Ebony furthers “it was a completely new approach to the visual creation, to try and create a psychedelic first-person experience told wholly thru setting and atmosphere, where the musical elements of the track animate the surroundings, almost as if you exist within the pulsing heart of the song”

A startling, thought-provoking record, Love Hates What You Become follows the band’s 2016 debut, Spiritual Songs for Lovers to Sing. Shot full of incisive social commentary, this record captures the couple at their most musically raw and visceral.

A striking evolution from their debut record is the prominence of Ebony’s vocals, notable on the album’s formidable first single ‘Bunny’s Blues’. “Creating this character of Bunny began with a performance piece I did back in Amsterdam,” Ebony explains. “She became a playful tool to confront how male-dominated society attempts to control both women and nature without having any real understanding or respect for their being and innate power.”

August saw the release of second single and album closer ‘For The Wild.’ “I started writing that song years ago almost as a pastiche of trying to write real this rock’n’roll saviour,” Ellery justifies. “The rock’n’roll revolutionary feels such a culturally irrelevant cliché now, we’re living in a mechanised world seemingly indifferent to the longings of the human soul.”

The band released the album’s third single ‘Post Millennial Tension’  in the lead up to their recent US tour. Reflecting on their approach to performing live, Ellery says, “We’re essentially trying to keep it as straight up as possible, whilst maintaining the sonic ambition of the productions.” They are joined by drummer and Ableton-manipulator Ben Kelly.

Ebony, who takes on the role of the band’s visual director, elaborates: “Over the past year I have had opportunities to begin realising ideas I have had from the outset of the project; from developing a VR work to capturing my beloved Giallo aesthetic on 16mm. The ambition was always to create audio/ visual experiences. The live shows around the debut album ended up being more traditional for the sake of functionality; but now we have made the right connections and collaborators to really start to explore the visual ambitions

With Love Hates What You Become, Lost Under Heaven continue to establish themselves as a courageous and innovative young band, hungry to create and perform their art. Album out January 18

Love Hates What You Become