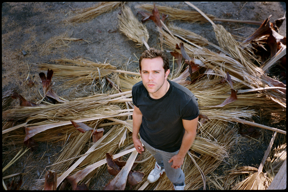 NEW SINGLE EP REUNION OUT MAY 8TH WITH REMIXES BY

“M83 at its best — vibrant, elegant and unpredictable.” – The New York Times

M83 has added a second show in Dallas to the spring tour on May 20th, plus three additional US show dates in the Northeast in early August.  M83 will be on the East coast for a special show as part of NYC SummerStage on August 8th. For a full list of upcoming shows visit ilovem83.com.

The Reunion EP was announced last week and is set for release on May 8th.  It is the second single to come from the massive fifth album Hurry Up We’re Dreaming, the double record that has received an explosion of admiration and critical adoration. The current single, “Midnight City”, has rapidly risen to #8 at US Alternative Radio and has entered the Billboard Hot 100.  The video for “Midnight City” is set to hit 8 million views in the next couple days on YouTube.

Reunion continues to display M83’s aptitude at writing catchy cosmic-pop soundtracks filled with fantasy and imagination. The single will be released with a stunning and diverse remix package of 6 exclusive re-works of the track, including remixes by Dale Earnhardt Jr. Jr., Mylo, Sei A, The Naked And Famous, Polly Scattergood, and White Sea.