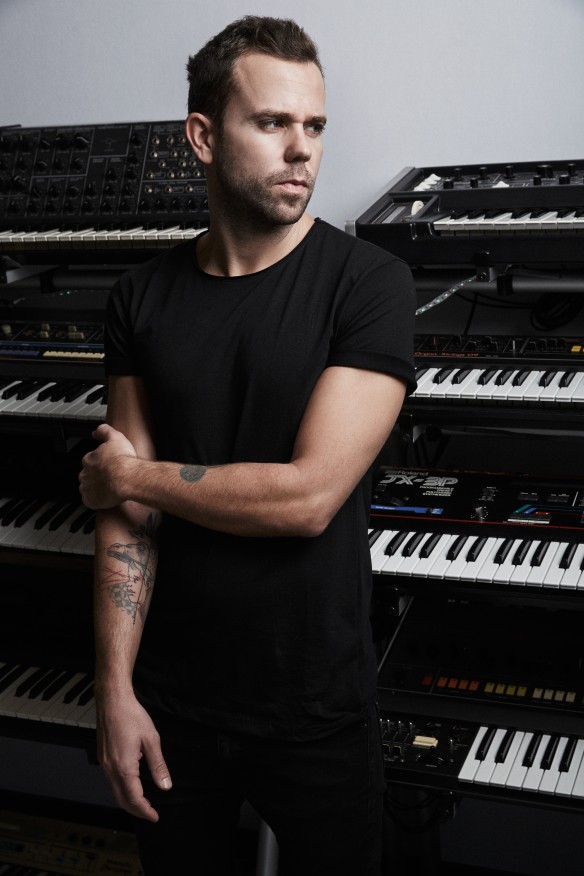 As tickets go on sale to the public today, Cirque du Soleil is thrilled to announce that international artist M83 is the composer and musical director of Cirque du Soleil VOLTATM, its new production presented by Sun Life Global Investments for next spring. After record-breaking sales in Montreal this year, the show will be presented under the Big Top in the Old Port starting April 20th, 2017.

Anthony Gonzalez, the sonic author behind the sublime sound of M83 is known for his epic space-age future pop. In 2011, the Grammy nominated album Hurry Up, We’re Dreaming revealed M83 to mainstream audiences with the hit single “Midnight City.”

“We have been following the work of M83 for many years and have always been convinced of the incredible potential of integrating his music to a Cirque du Soleil production”, says director of creation Jean Guibert. “VOLTA is a contemporary show brimming with energy, but it is also deeply human and theatrical. We were seduced by Anthony’s ability to create melodies that are both epic and poetic and transcend the heart and soul. We are honored that he agreed to lend his talent to this project”, explains writer and director Bastien Alexandre.

About his collaboration with Cirque du Soleil, Gonzalez says: “When Jean and Bastien first approached me, I was immediately excited about the idea of working with Cirque du Soleil. Not just because they are a company known throughout the world, but also because I was deeply attracted by the story of VOLTA, and the spirit that underpins the show. The story of VOLTA is ours. It is a tale of a generation who is calling for change and I was very keen to contribute to telling this story. I’m deeply honoured to be part of the Cirque team and it’s a wonderful new challenge in unknown territory for me. Ultimately, it’s challenges like this that I find so inspiring and drive me to make the music that I do.”

VOLTA tells a spellbinding story about the freedom to choose and the thrill of blazing your own trail. Inspired in part by the adventurous spirit that fuels the culture of action sports, the show weaves the adrenaline rush of acrobatics into a visually striking world driven by a stirring melodic score.

VOLTA will be presented under the Big Top in Montreal’s Old Port starting April 20th, 2017. Tickets can be purchased for these performances online starting today at www.cirquedusoleil.com/volta