M83 to perform with the LA Philharmonic Orchestra at the Hollywood Bowl in Los Angeles on Sunday, September 22nd 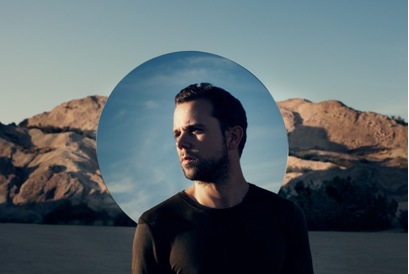 M83 makes music that colors your landscape, no matter where you go. It lifts you up and inspires you, it embraces and carries you when you need it most and with Hurry Up, We’re Dreaming it’s the record that keeps on giving. Now we are calling upon you, the fans to give back and become part of the experience.

On Sunday, September 22nd M83 will perform at the famed Hollywood Bowl accompanied by a number of special guests, including members of the LA Philharmonic Orchestra.

Performing to an audience that stretches as far as the horizon, the band will perform material not only from the critically acclaimed and Grammy Nominated album Hurry Up, We’re Dreaming, but also a selection of key tracks from M83’s earlier albums. Inspired by the love and overwhelming fan response Anthony Gonzalez has received over the past two years he has decided to partner up with Genero for a video contest to create visuals for two of the tracks that will be performed on that night; namely “Intro” and “Moonchild.” The winning videos will be selected by Gonzalez personally and will become the official videos for both of these special tracks.

The two winners will each receive $4,000 in addition to their debut at a live M83 event.  The winners, as well as a selection of the best entries will also be screened at a special event during the Zookastar Festival in London on Saturday, November 2nd along with a combination of M83 videos from their diverse catalog and in conjunction with the Tricky Special taking place at the same event.

For background research and inspiration you can check out official M83 videos HERE.

“To see what my music can do to people and what happened on this album is truly incredible and unexpected…I’m really happy.”