Learning To Cope With Cowardice, the groundbreaking debut solo album by visionary post-punk iconoclast Mark Stewart is to be given a definitive reissue alongside The Lost Tapes, a newly discovered cache of unreleased material.

Learning To Cope With Cowardice will be released on Mute on double vinyl, double CD and as a limited edition double clear vinyl (with a percentage of the vinyl sales going to the Mercy Ships charity) on 25 January 2019.

Listen to ‘Paranoia’, the first taste of what to expect from The Lost Tapes, a 10-track collection of newly discovered material

Mark Stewart himself perceives The Lost Tapes as a document that now possesses a storied significance: “It was a real adventure discovering this forbidden history, a twisted tale of Muswell hillbillies, French pirates and a Dutch schizophrenic doctor doing psychic archaeology.” Whilst Adrian Sherwood describes these works as characteristic of a distinct primitivism: “[The Lost Tapes represent] the early childhood of the songs before Mark and me conducted frenzied, scorched earth, slash-and-burn, twenty-hour mental, manic editing sessions at Crass’ studios that led to birthing the finished album.”

Ahead of the release, Mark Stewart will take over, in true pirate style, the BAD PUNK show with ‘Learning To Cope With Radio’ on Resonance FM at 10 pm BST on Friday 5 October.

After disbanding The Pop Group in the wake of a final performance at a momentous CND rally in 1980, Stewart had grown disillusioned with the UK’s music industry. Besides working for CND Stewart had embarked on a prolonged visit to New York the same year, where he encountered a nascent hip-hop scene anchored by Kiss FM’s Kool DJ Red Alert. Together with the sounds of inner-city construction sites, in particular, the heavyweight impact of pile drivers, his exposure to the pioneering cut-and-paste of early hip-hop represented an epiphany that catalysed Stewart’s daring next project.

For this vision, Stewart and emergent dub pioneer Adrian Sherwood, assembled a core crew of reggae players including legendary horn player and alumni of the fabled Alpha Boys school ‘Deadly’ Headley Bennett as well as the ringleader of African Head Charge Bonjo Iyabinghi Noah. Alongside them, Stewart added Charlie ‘Eskimo’ Fox, a drummer he had heard backing Ranking Dread, and Evar Wellington of classic British reggae band Merger, a bassist both The Pop Group and Public Image Ltd had previously shared a bill with. Other miscreants and affiliates added studio contributions to this central faction, including George Oban, Crucial Tony, Desmond ‘Fatfingers’ Coke and John ‘Waddy’ Waddington (The Pop Group) With this group convened and christened ‘The Maffia’ Mark Stewart, in his first ever collaboration with soon-to-be regular production partner Adrian Sherwood, forged a record that has to be heard to be believed. 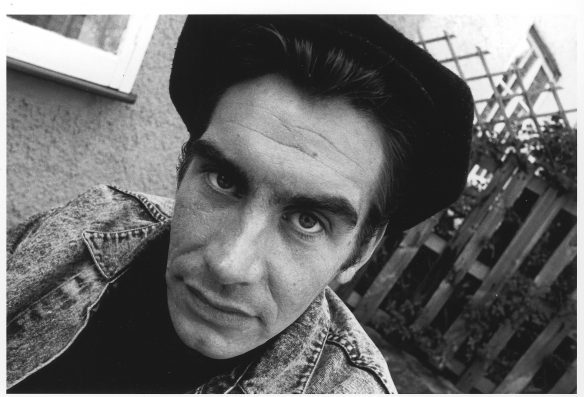 Just as the broadcasts of Red Alert were interjected by the sound and fury of construction work during Stewart’s New York trip, on Learning To Cope With Cowardice the mammoth dimensions and ruthless rhythms of dub are ravaged by interference by way of industrial noise and plundered transmissions. Above the constructed chaos Stewart remains a commanding and mercurial presence, sitting at extreme boundaries within the mix and wrestling with themes of alienation, doubt, power, and political resistance. From the thunderous distortions of the eponymous introduction through the mixing desk sabotage and visions of urban blight on ‘Liberty City’ to the sublime subversion of ‘Jerusalem’ (an unforgettable rendition of William Blake’s poem) Learning To Cope With Cowardice is a blast of volatile soundsystem music for modern dystopias, the ones we knew back then and the ones we know now.

The backdrop in which Stewart and Sherwood produced the record was one of pressure and unrest, an atmosphere driven by severe social deprivation and unemployment, Cold War disquiet and fears of nuclear conflict. Exemplifying its pertinence to the temper of the time, the recordings that comprise Learning To Cope With Cowardice were shaped by sessions that Stewart and Sherwood conducted at the studio HQ of anarcho-punk outfit Crass, wildly creative stints that coincided with the riots that erupted in Bristol, London and across other areas of the UK in 1980 / 81.

In the severe dislocation and exiled exhilaration of Learning To Cope With Cowardice Stewart and Sherwood epitomize these turbulences, creating a disfigured and cataclysmic music that, as outlined by the theorist Mark Fisher, “captures the spirit of the times perfectly”. Preserving an astonishing sense of prescience – a trait identified in Stewart’s work by Mute’s own Daniel Miller – Learning To Cope With Cowardice is a record of radical devastation that still resonates. 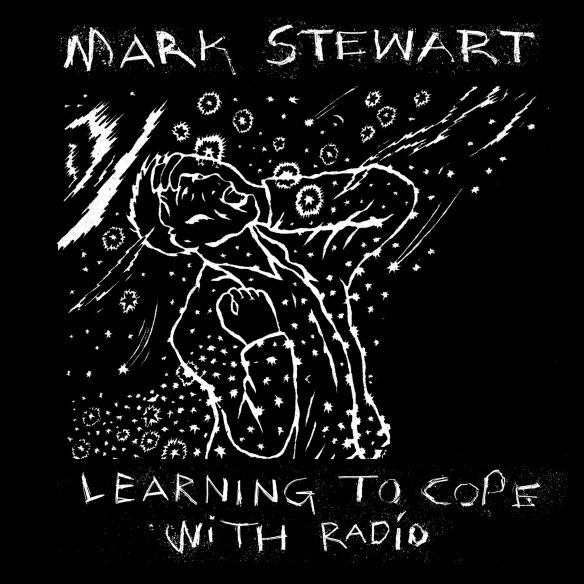 Alongside this faithful reissue of the original comes The Lost Tapes, a collection that represents the outcome of a painstaking search and arrangement of previously unheard material. Brought together into a sequence of embryonic prototypes, frenzied dub versions and new archive discoveries, The Lost Tapes chronicles the early ideas and unknown stories that defined the outset of Stewart and Sherwood’s vastly influential work together.

With the seething assault of ‘Intro’ the collection provides a glimpse into a project Stewart originally intended for William Burroughs whilst ‘May I’ presents a never-before-heard spectacle of raw dubwise disorder recently discovered on an unmarked tape in an archive in France. Elsewhere there are significant coups in the form of ‘Paranoia’, a pristine yet tough alternate version to ‘The Power of Paranoia’, and in ‘The Weight’, another previously unreleased track that, in its forthright lyricism, reveals the vigour with which Stewart has, for many years, been committed to the Campaign Against The Arms Trade. Other revelatory inclusions include ‘Conspiracy’ the first-ever collaboration between Stewart and Sherwood and ‘Jerusalem [prototype]’, a historic first version of Stewart’s defining anthem, originally aired at the fateful CND rally in Trafalgar Square that signalled an end to Stewart’s days in The Pop Group and initiated his solo career.

Learning To Cope With Cowardice is a vital chapter in the legacy of Mark Stewart & The Maffia, a project that would prove to be a revolutionary benchmark for many, from the innovators of the ‘Bristol Sound’ (The Wild Bunch, Smith & Mighty, Tricky, Massive Attack) through to the likes of Trent Reznor and Nine Inch Nails. Collected together this set realizes an expansive restoration of one of Stewart’s most audacious statements. As it was in the early 1980s so it is now, Learning To Cope With Cowardice is a masterwork of mutant design and a rude awakening of extraordinary bite. 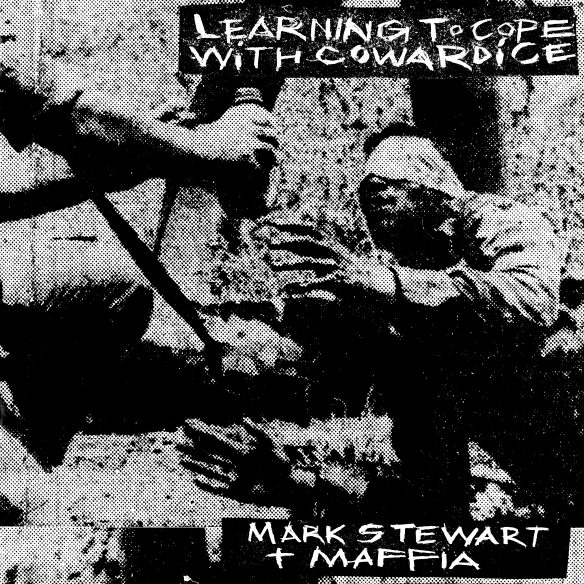 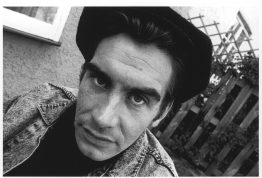