Live at the Fonda Theatre in LA for three nights only 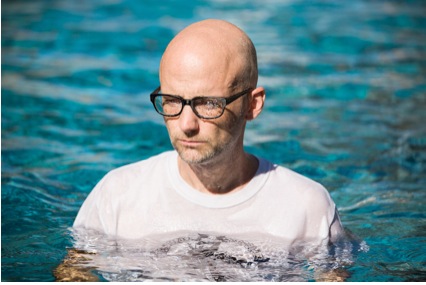 Moby is excited to announce THREE LIVE SHOWS to debut NEW songs off of his upcoming release, Innocents on October 2nd, 3rd and 4th at the Fonda Theatre in Los Angeles, California. These three nights will be the only shows where you will be able to experience Innocents live worldwide, Moby’s most collaborative effort to date. Each show will be divided into two performances: the first half will consist of songs off of Innocents and the second half will be a mix of greatest hits from Moby’s extensive and groundbreaking catalog including selections from Play and 18. Throughout the three evenings Moby will be joined by some very special guests, details to be announced shortly.

Innocents will be released on October 1st via Mute. What better way to celebrate release week from an artist who has sold over 20 million albums, headlined Glastonbury, and is back with arguably one of the best albums of his career than with a three day celebration!

Pre-sale kicks off on Thursday, August 8th (at 10 AM PST) and General On Sale will follow on Saturday, August 1oth. We hope to see you there!

Innocents is a record of firsts for Moby. The first time in his career he worked with an outside producer, friend Mark “Spike” Stent, whose résumé includes Madonna, U2, Muse, Björk, and Massive Attack. In addition, this is the first time Moby has concentrated an entire album on collaborations featuring appearances by Wayne Coyne (The Flaming Lips), alt-rock legend Mark Lanegan, Cold Specks, Skylar Grey – best known for co-writing and performing on Eminem and Rihanna’s Love The Way You Lie; indie-folk singer Damien Jurado, and Inyang Bassey who was the vocalist on The Right Thing from Destroyed.

In addition to these first, Moby also directed his first music video for “A Case For Shame.” Watch the video HERE.