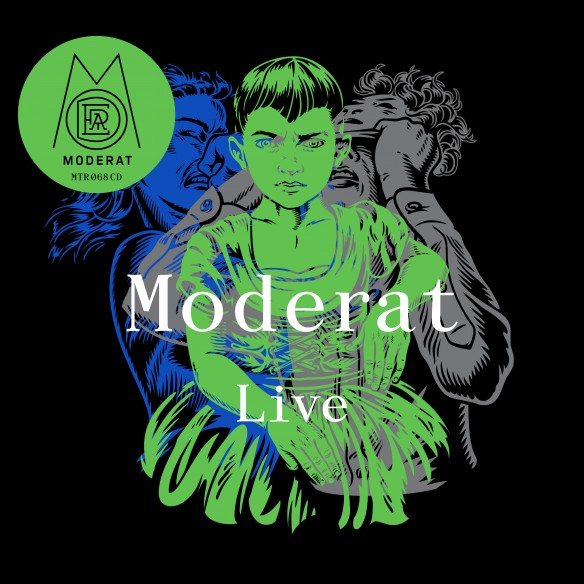 Moderat – the brainchild of German electronic heavyweights Modeselektor and Apparat – are pleased to announce their first-ever live album, to be released digitally November 25 via Mute/Monkeytown. The album will be released on CD on January 6, 2017. Preorder the album HERE to receive an instant download of “Ghostmother (Live)”.

Following the release of their critically-heralded album III, Moderat embarked on a world tour that saw the group play to sell-out crowds at concert halls across Europe and North America – many of which were attended by upwards of 10,000 dedicated Moderat fans.

Moderat Live was recorded on June 5, 2016 during a soldout show at Berlin’s Velodrome, the band’s largest hometown gig to date. This album allows fans to witness the remarkable dynamism of a Moderat live show as the band is constantly shaping, stretching, contouring and weaving special re-worked versions of songs taken from their studio releases I, II, and III. The result is an experience that lives and breathes, constantly displaying the raw emotion and personal experiences that inspired the original songs.