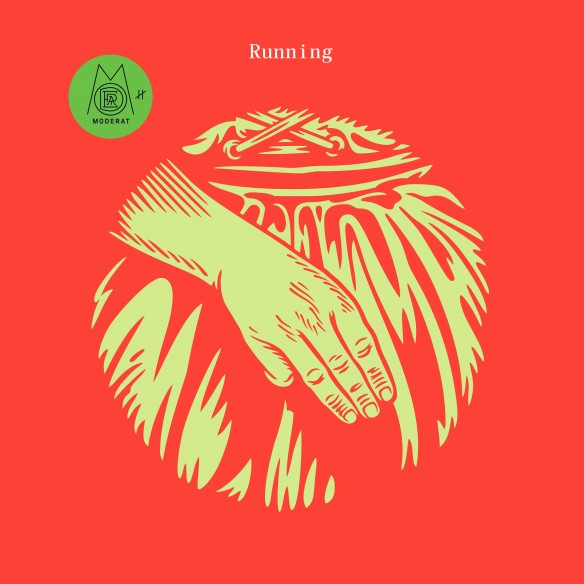 “Tracky beats share space with gasping live horns, while techno-based songs like ‘Running’ and ‘Finder’ sit comfortably next to more melody-focused cuts like “Eating Hooks” and “The Fool” that wouldn’t sound out of place on American pop radio.” — Thump

Moderat, the alliance of Berlin’s electronic heavy weights, Modeselektor and Apparat, released III, the final album of their trilogy, last month via Mute/Monkeytown. After performing to thousands each night over the past month throughout Europe, Moderat embark on their North American tour next week, joined by Pfadfinderei, who will take the reins on visual direction. With this tour finally upon us, the band announces III’s second single, “Running,” and shares the Shed Remix.

Moderat’s “Running” blends the isolated voice of melancholy with the collective excitement of a night at a summer festival. The song’s sonic palette spans intricate percussions, cascading, yet overtly recognizable synths, a driving kick drum and a wealth of feel-good vibes. This is music for the main stage: a highly emotive kind of pop, built for dancing, but never simple. As described by Sascha Ring (aka Apparat), “‘Running’ is about being part of a mass. A mass that constantly needs to move to function, but one that’s not deciding directions by itself.”

Mute/Monkeytown will release “Running,” featuring the exclusive b-side, “90% Wasser,” on May 20th. The digital bundle includes remixes by Shed and KiNK. Shed’s stomping techno embeds Moderat’s synthline in a stoic beat that won’t compromise its deadly simplicity. “Running” 10”, available July 1, will feature both remixes, and “Running” 12”, available July 15, will feature the original track and exclusive b-side.