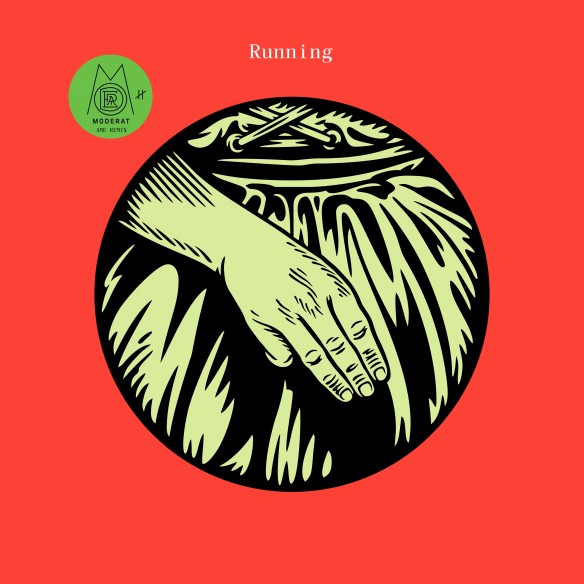 Moderat, the alliance of Berlin’s electronic heavy weights, Modeselektor and Apparat, released III, the final album of their trilogy, this year via Mute/Monkeytown. After performing to thousands each night across Europe and North America, the trio is back with a new remix of their pulsing track “Running.” This reworking comes from Berlin’s finest duo Âme. It’s a masterfully crafted piece, dropping Sascha Ring’s vocals boldly in the middle of the track between carefully constructed layers – euphoric brassy synths, melancholic pads and shuffling hi-hats all create the perfect balance between experimentation and control. Listen to the Âme remix of “Running” HERE.

Moderat’s “Running” blends wistful melodies with the collective excitement of a night at a summer festival. The song’s sonic palette spans intricate percussions, cascading, yet overtly recognizable synths, a driving kick drum and a wealth of feel-good vibes. This is music for the main stage: a highly emotive kind of pop, built for dancing, but never simple. As described by Sascha Ring (aka Apparat), “‘Running’ is about being part of a mass. A mass that constantly needs to move to function, but one that’s not deciding directions by itself.”