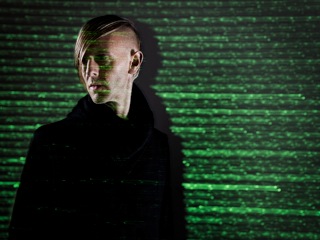 Mute are delighted to announce the release of Plastikman’s new album, EX, his first album release since 2003’s Closer. Listen to an excerpt here:

EX is released digitally on 10 June and on vinyl, CD and limited edition SubPac bundle on 14 July. In addition to the vinyl, CD and digital releases, Plastikman has teamed up with SubPac to create a Limited Edition Premium Bundle. The album will be presented on vinyl, with a signed certificate of authenticity and a custom Plastikman edition of the SubPac S1. SubPac is a unique portable bass system that allows an immersive music experience. When you’re using the SubPac, the powerful bass and sub-bass frequencies – the sensations you usually only get in a club situation – are reproduced meaning you can actually FEEL the music.

Richie Hawtin explains, “By introducing the physical dimension of sound, the SubPac creates a direct connection between the fan and the music in its purest form,

allowing a deeper appreciation for the music we all love. As with all Plastikman albums, there is a lot of sonic information in the lower frequency range, that make the SubPac a perfect listening accompaniment in order to fully appreciate the experience.”

For more information, go to www.thesubpac.com

Plastikman will perform only one show this year, at Sónar 2014 on 12 June. New tracks will be presented at the Barcelona festival, pushing the boundaries of techno, offering a synchronicity of art and sound, a place for electronica that’s both cinematic and thought-provoking. Plastikman’s career has pushed at the frontiers of dance music, rejecting first the endless drive for faster speeds and, later, the blatant pop aspirations in favour of more imagination and more musical engagement.

Richie Hawtin is many things – an extraordinary DJ, creator of the ENTER. experience, mastermind behind the M_nus label, technological innovator, art aficionado – in 2011 he collaborated with British sculptor Anish Kapoor for an installation in Paris – and style icon. Before this, though, and perhaps most famously of all, he was and is Plastikman, an electronic music phenomenon whose followers are legion and fanatic.

EX is released digitally on 10 June and on vinyl, CD and limited edition SubPac bundle on 14 July. 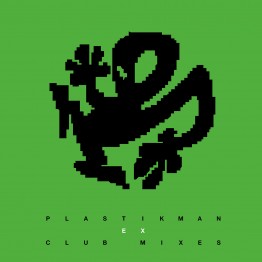 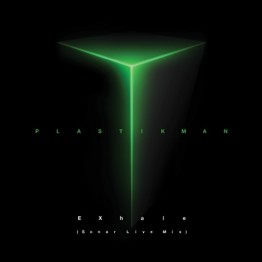 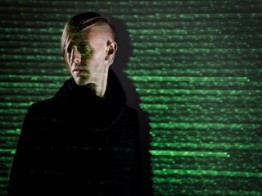