Sheffield-born Hawley released his seventh album Standing at the Sky’s Edge in May 2012 to critical acclaim. With tracks including “Leave Your Body Behind You” and new single, “Seek It”, there is plenty to take inspiration from when submitting your designs.

The winning design will be revealed on Friday November 16th, 2012.

On working on his latest album The Mercury Prize Shortlisted Hawley said “I wanted to get away from the orchestration of my previous records and make a live album with two guitars, bass, drums and rocket noises!”

“Richard Hawley holds a torch for the craftsman.”

We recently released a live video of Richard performing “Seek It”, the second single off of Standing At The Sky’s Edge. One of the more tender moments from the album, “Seek It” is a questioning, wistful love song with Hawley’s gift for crafting a beautiful melody clearly on display.  It’s simple, cyclical chord sequence underpins a wry lyric where the protagonist has a weird dream, has his fortune misread and urges the person of his desires, “if you seek it you won’t find another’s eyes so blinded by love.” The song is Hawley at his most lilting and poetic.

Recorded in Sheffield at Yellow Arch Studio in 2011, Standing At The Sky’s Edge marks a seismic shift in direction for Richard. Mirroring the blasted industrial sunsets of Sheffield, Hawley partners his distinctive fluid snarl with blazing electric guitar, spray-painting his audiences senses with a new sound, embracing the ever-changing landscape around him. The overall effect is hypnotic and psychedelic, casting a euphoric stage for Hawley to unleash some of his most tender moments to date.

“DOWN IN THE WOODS” VIDEO 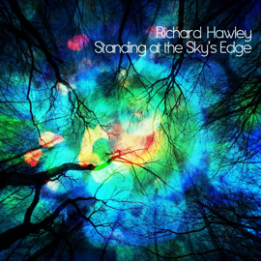 Open Up Your Door

For your lover give some time