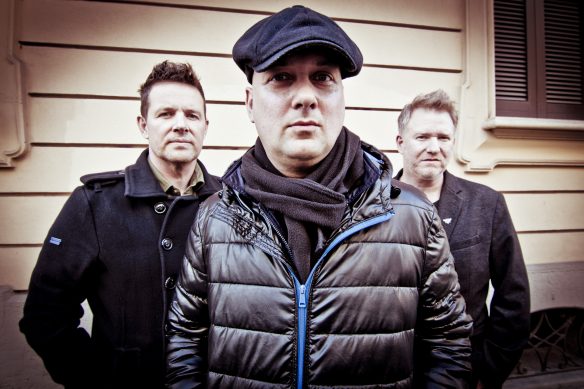 ShadowParty release a new EP, Marigold, featuring live version of the title track recorded at Festival No.6 with orchestration by Joe Duddell plus new remix by Daybreakers (Ric Scott and Alex Hush, whose previous remixes include Erasure and Pet Shop Boys). The EP also includes a single edit of Marigold, taken from the band’s debut album, out now on Mute: http://smarturl.it/ShadowParty

Listen to the Marigold EP below

This week the band take to the road for a series of dates across Italy, their first since a UK tour in 2018.

ShadowParty are a band united by a fairly unusual circumstance, each member is a latter-day addition to a huge band. The nucleus of the group formed when Josh Hager and Tom Chapman met in Boston, Massachusetts. Josh is a former member of The Rentals and currently plays guitar and keyboards in Devo. Tom Chapman is the former bass player of Bad Lieutenant who followed frontman Bernard Sumner to New Order in 2011 when the band reunited for a series of charity gigs. Completing the group are Phil Cunningham, Marion founder member and New Order’s guitarist since 2001, and drummer Jeff Friedl, who plays for Devo.

Now signed to Mute, ShadowParty’s debut – recorded in Boston, LA, Manchester and, of course, Macclesfield – is an album that nods to those groups but exists in its own right entirely, an indie electro album with guitars and strings, and guests including the incomparable vocalist Denise Johnson (Primal Scream, A Certain Ratio) and The Verve’s revered guitarist Nick McCabe. 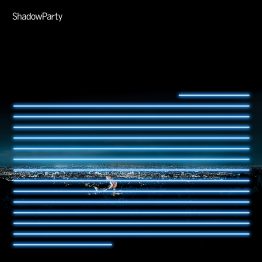