The uncompromising social climate of the mid-1970s is often cited as the catalyst that sparked a wave of artistic creativity in anyone who felt that their future was bleak. For a group of teenagers growing up in Dublin, Ireland the prospect of a life in the dole queue led to the creation of their own sanctuary for outsiders, a secretive world that they called the Lypton Village. Membership of Lypton Village had its own conventions that revolved around notions of art, literature and beauty, with each villager being given a name by their friends that reflected the recipient’s true character. Lypton’s founders Fionan Hanvey, Paul Hewson and Derek Rowen soon became know as Gavin Friday, Bono Vox and Guggi respectively and upon hearing the angry call of punk rock in 1976, these close friends were quick to respond to its ‘anything is possible’ ethic.

With like-minded friends and siblings they formed two distinctly different groups to act as house bands for the Lypton Village social club. The first went through several name changes that included The Hype and Feedback before choosing to become U2 and slowly conquer the world. The other settled for the name Virgin Prunes and concerned itself with more avant-garde pursuits. This difference of approach was by most accounts a deliberate act to showcase the varied sides of Village life and saw both groups play together on several occasions, even sharing song titles before opting to follow rather different artistic and philosophical paths.

Virgin Prunes was fronted by Gavin Friday joined by fellow Villagers, Guggi, Dave-id Busaras Scott (David Watson; vocals), Strongman (Trevor Rowen; bass), Dik Evans (brother of U2’s The Edge; guitar) and Pod (Anthony Murphy; drums). Early Virgin Prunes gigs were very much performance art events, with audiences often pushed to the edges of their tolerance to the point that their appearances were regularly banned but by the end of the decade their activities had attracted a cult following and financed their first single release “Twenty Tens” (Baby Records 1981).

Following Pod’s early departure from the group, Virgin Prunes swelled to briefly include the striking presence of Haa Lacka Binttii (percussion and keyboards) and the more long-term member Mary D’Nellon (percussion). The “Twenty Tens” single took them to Rough Trade Records who impressed by the group’s unconventional approach to their work, released their next record, the single “Moments ‘N’ Mine”(1981).

Developing an aesthetic they had begun to explore during their challenging live outings, Virgin Prunes were both challenging and creatively spontaneous often writing songs, performing them for an audience, abandoning some completely before working the remainder into something new extremely quickly. This helped the group to become prolific in the process. Their highly ambitious “A New Form of Beauty” project saw them tackle the tricky concept of the beauty that can be found in being different (in this case both physically and musically), an idea that had informed the initial formation of The Lypton Village. The first part of this project “A New Form of Beauty 1”(1981), took the form of a 7-inch single and featured “Sandpaper Lullaby” a song that was both mysterious and seductive and did little to prepare the listener for the noisy and dark emissions of their next 10-inch single “A New Form of Beauty 2 “(1981) which featured “Come To Daddy” a frightening tale of incest. Attempting to explore all record formats, the 12-inch “A New Form of Beauty 3”(1981) followed conjuring visions of fear in “Beast (Seven Bastard Suck)”.

The Virgin Prunes next album, “…If I Die, I Die” (1982) was produced by Colin Newman of Wire fame and whilst less experimental and perverse than the records that preceded it, the album continued to examine the group’s key themes of purity and beauty. The record was not without humour either, a closer examination of the delicate pop of “Ballad of the Man” reveals it to be a wonderful parody of Bruce Springsteen, while the distinctly post-punk sound of concert favourite “Walls of Jericho”, contrasted beautifully with the longer forms of “Bau-dachöng,” and “Caucasian Walk”. Several tracks made the most of the group’s three lead vocalists, which when coupled with the band’s obtuse approach to instrumentation successfully created a challenging yet rewarding listening experience.

1982 proved to be a very busy year for the group when their single “Pagan Lovesong”(1982) with its insistent bass line and sinister vocals quickly became an alternative dance floor hit. It was followed by “Hérésie”(1982) for the French label L’Invitation au Suicide the record being presented as two 10” singles packaged inside a box with 5 artistic booklets each loosely concerned with insanity and its connection to art and filth. Disc 1 was a soundtrack to these booklets whilst the second took the form of an in-concert recording of Virgin Prunes live at the Rex Club, Paris, in June 1982. The methods employed to create “Hérésie” account for much of its unusual atmosphere. All of the songs were written during the day and recorded in a Dublin studio at night, a process that saw the band go without sleep for 3 days. On “Hérésie” the band offer a wonderful counter-point to their dark experimental music by also including “Down The Memory Lane” a parody of a traditional Irish sing-a-long that provides a stark contrast to the heavier tones of tracks like “Rhetoric”, which prior to being edited for release, weighed in at a colossal 28 minutes.

With a ravenous international cult following to please, the group spent much of 1983 through 1984 touring, a gruelling schedule made more difficult by the group’s desire to maintain their visual and aural spontaneity. Their memorable live shows often examined the nature of taste and acceptability via explorations of sex, gender and sexuality but whilst these on stage explosions were just what their audience wanted, creating them meant that offstage the band were threatening to implode. The physical and emotional strain of life on the road was also contributing to the group’s general disenchantment with the music business and an increased loathing of the emergent ‘Goth’ scene. The Virgin Prunes ethic had always been one that openly encouraged the expression of individuality no matter how freakish and whilst Virgin Prunes were certainly Gothic in the traditional sense of the term, the ‘Goth” fashion movement revolved purely around image, lazily lumping bands together as a convenient commodity. Nothing could have been further from the values that the group championed and consequently they and several other performers unlucky enough to be stained by the Goth stick, took steps to distance themselves from the whole scene.

Their next album “The Moon Looked Down And Laughed” (recorded in 1984 and released in 1986) produced by Soft Cell’s Dave Ball demonstrated that the group had deliberately taken a new musical direction. Despite a guest appearance by the anarchic Jim Thirwell of Foetus fame, the confrontational aspect of their music had been replaced by a selection of more twisted melodic songs and ballads. Through their lengthy travels of Europe the group had been exposed to a whole new range of influences including the lush romanticism of the classic chanson singers, a style that Gavin Friday in particular was beginning to embrace as part of a wider exploration of torch songs.

After the successful completion of the album it soon became apparent that the group’s remaining members were pulling in different directions and were all pulling hard enough to cause a split. Constantly creating work that was aurally and visually challenging together with the exhausting commitment of presenting work as live shows eventually proved too much for Guggi who left followed by Dik shortly afterwards. The final demise of Virgin Prunes came during the following year when Gavin Friday also left the band.

The group’s original label Baby, released “Over the Rainbow”, (LP 1985, CD 1986) a compilation of previously unreleased and rare tracks from the period up to 1983 that demonstrated just how stunningly varied Virgin Prunes material had been. A track culled from an NME compilation entitled “Red Nettle” remains an unusual standout, its repetitive sampled chord structures evolving into a seductive and hypnotic piece. The influence of music as diverse as Industrial, Krautrock, Glam, the experimental composers and all points in between can be heard within the record’s many moods. A video compilation “Sons Find Devils” comprising of live performances also saw the light of day in 1985.

Just as Virgin Prunes had incorporated their myriad musical influences into their individual sound, successive generations of musicians and artists have claimed Virgin Prunes as a huge influence on their own work. Its an influence that is readily apparent in the attitude, sound or image of fans like Michael Stipe, Bjork and the Sugarcubes, Billy Corgan, Nine Inch Nails and the dancer Michael Clark to name but a few.

In 2004 Mute Records in a continuation of their creation of a living archive for the work of influential and ground-breaking musicians and bands, re-issue the work of Virgin Prunes on a series of 5 CD packages with Gavin Friday himself overseeing the re-mastering and repackaging of this astounding body of work and also offering mixes of material that have never been heard by the public. The series represents an overdue opportunity to rediscover the awesome creative power that was a band called Virgin Prunes. 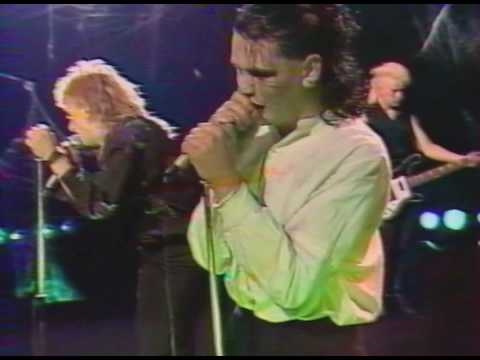 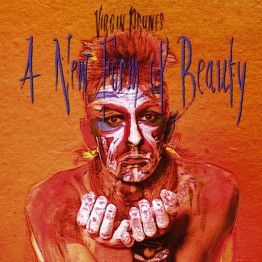 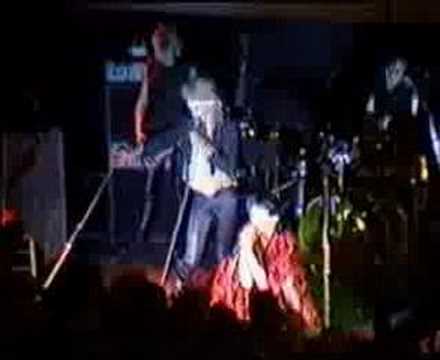 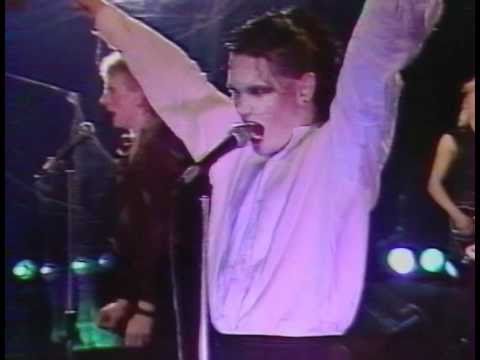