Shares Video For ‘KOAD’, Taken From The New Album ‘All’ 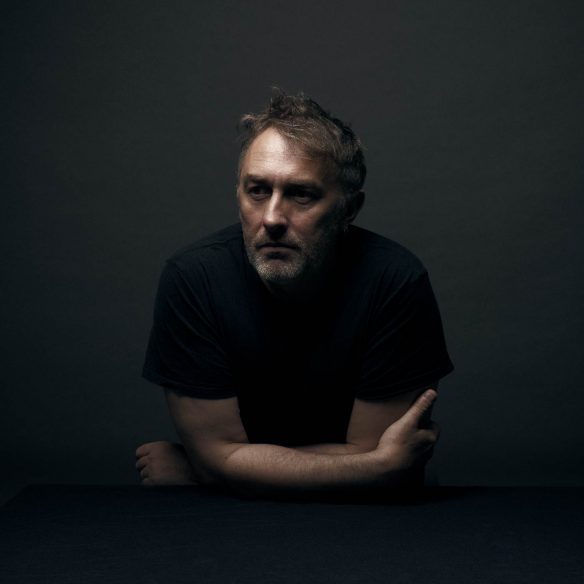 YANN TIERSEN has shared ‘Koad’, the latest track to be taken from his tenth studio album release, ALL, out on 15 February 2019.

‘Koad’, with vocals by Swedish artist Anna Von Hausswolff, includes field recordings of a redwood forest in Devon, behind the Schumacher College [part of the Dartington Hall Trust], one of the world’s leading institutions for the study of ecology. Schumacher College, which Tiersen describes as “a concentration of hope in a small place”, has been an important influence on the album, and helped to shape ALL’s overriding theme: ecology, environment and our connection to nature.

ALL is the first album to be recorded at Tiersen’s new studio, venue and community centre, The Eskal, built in an abandoned discotheque on Ushant, a small island positioned in the Celtic sea between Brittany and Cornwall, Tiersen’s home for the past 15 years. Mixed and produced by Tiersen and Gareth Jones, ALL incorporates field recordings from Brittany, Devon, at the decommissioned Tempelhof airport in Berlin (‘Tempelhof’) and for ‘Usal Road’, Tiersen returned to a particularly significant spot in California (situated on the Lost Coast) to record violin. Usal Road holds symbolic meaning to Tiersen after he was chased by a mountain lion there in 2014, an event which triggered a renewed and deeper connection to nature and specifically our humble place within it.

Predominately sung in Breton, the album features several guest vocalists. As well as Anna von Hausswolff, who released Dead Magic this year, described by MOJO as “her finest work to date”, Ólavur Jákupsson collaborates on ‘Erc’h’ and Breton singer-songwriters Denez Prigent (‘Gwennilied’), Emilie Tiersen and Gaëlle Kerrien all feature on the album.

The album release coincides with an extensive tour throughout 2019, which includes two London dates at Southbank Centre’s Royal Festival Hall on 19 and 20 February 2019. Yann Tiersen’s previous album, EUSA, was preceded by two sold-out dates at the Barbican in London, and Yann Tiersen went on to perform in some of the world’s most prestigious venues and festivals – including the Edinburgh International Festival, the Berlin Philharmonic, Officine Grandi Riparazioni in Turin, Teatro Principal in Zaragoza, Odeon of Herodes Atticus in Athens, Sydney Opera House and the Grand Hall of the Philharmonia in St Petersburg – and these new dates will see him return to the UK for the first time since his sold-out performance at the Royal Albert Hall in 2017.

** Tickets are on sale now: www.yanntiersen.com