Announces new album ‘Taiga’ – out on Mute on 6/7 Oct. Listen to the first single ‘Dangerous Days’ & watch the album trailer 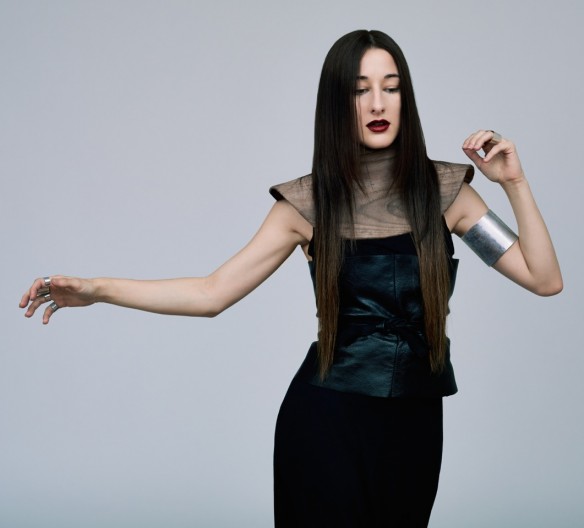 Zola Jesus has announced details of a brand new album, Taiga, out on 6/7 October 2014. Mute is proud to welcome Zola Jesus to our worldwide roster.

Nika is the sole singer and songwriter behind Zola Jesus’ many creative incarnations. Written on Vashon Island, WA and co-produced in Los Angeles, CA by Dean Hurley, Taiga follows the widely celebrated albums, Versions (2013) and Conatus (2011). This is Nika’s fourth full-length album release and the first single from the forthcoming 11-track album is ‘Dangerous Days’, which you can stream here:

In regards to the album title, Nika explains, “Taiga is the Russian name for the boreal forest. For me it feels very alive… very expansive. It represents a feral, untapped world that could happily exist without us. There are taiga forests in Northern Wisconsin where I was raised, and also in Russia where my ancestors are from, so it also feels very native.”

Liberated in the present and connected to the past, this album is a transition for Zola Jesus. Masterful layers of composition are bathed in familiar atmospheric vocals, but a new sensibility is deeply present. Taiga is at once challenging and accessible, and is undeniably branded with what Nika terms a “piercing ambition.”  Such encompassing purpose, she explains, would be impossible without a newfound sense of artistic self.  The album is a declaration of that purpose; one faced with jarring clarity in both its content and production.  Nika summates, “For me, it feels like my true debut, because it is the first time I have felt so open and liberated.”