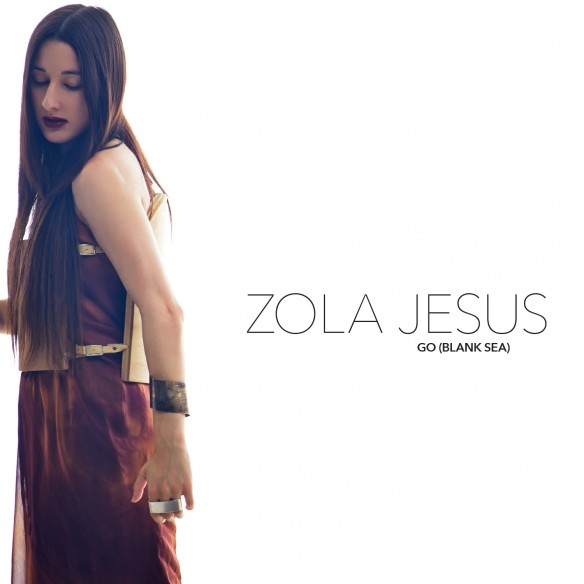 Zola Jesus debuts a second track, entitled ‘Go (Blank Sea)’ from her already critically acclaimed release TAIGA, out 6/7 October 2014 on Mute.  Explaining her inspiration for the song Nika says, “I wrote ‘Go (Blank Sea)’ about the facelessness of city life. How is it you can walk down the busiest street of a metropolis, fighting through a current of busy moving bodies, yet feel completely isolated? All of the singularity rubs together to create a universal dull hum that can cancel us all out. It’s in the densest populations that I sometimes feel the most alone, and in barren uninhabited lands that I feel the most alive and human. It’s a strange dichotomy, and something I explore a lot on TAIGA.” Listen to and share ‘Go (Blank Sea)’ here:

Zola Jesus also reveals exciting new details for this year’s tour, which begins in San Francisco on 8 October. For the London and US shows, Nika will also be joined on stage by a live brass ensemble, under direction from talented brass arranger and tubist TubaJoe Exley.  Nika elaborates, “I’ve also been working closely with lighting designer Sarah Landau and stage designer Carl Robertshaw, to create a visual environment that mimics the architects and sculpture artists that inspired me while writing the record. It’s so exciting to finally bring these ideas to fruition and share them with you in person.” Opening acts Operators, Leech, The-Drum, Martin Rev (Suicide) & Lee Bannon have been confirmed on US tour dates, with news to follow on the UK and European tour.