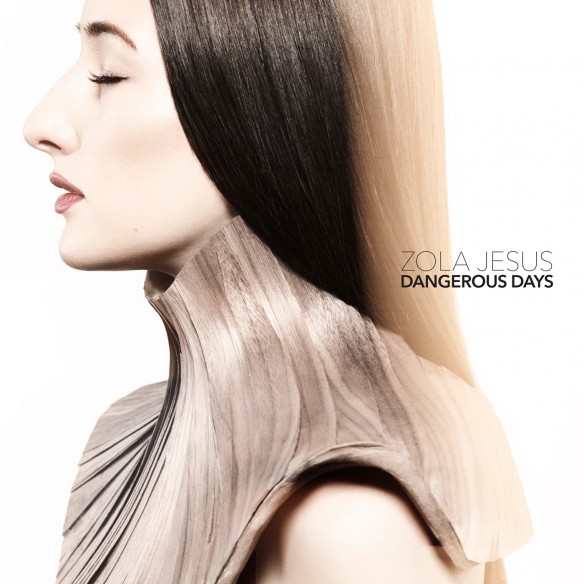 Zola Jesus unleashes an otherworldly video for ‘Dangerous Days’ directed by contemporary visionary Tim Saccenti who has created an awe-inspiring backdrop for this anthemic song.  Saccenti explains, “The song is a pure emotional plea, a future primitive call to arms. To create a moment of light in these dark times was our hope. Eschewing a heavy narrative we let the images of the Earth, filmed in wide screen and mixed with a tense unnatural presence, wash over the viewer while Nika communicates her powerful message.”  Nika describes the video making process, “Working with Tim was effortless. His creative ambition to turn the abstract into a tangible feel is a rare treasure.” Watch the video for ‘Dangerous Days’ here:

Zola Jesus’s TAIGA is due for release on 6/7 October 2014 on Mute.  First single ‘Dangerous Days’ is now available to stream here  – and the album is available to pre-order here. Zola Jesus embarks on a worldwide tour throughout October and November. After arriving in the UK on 29 October for a show in Bristol, she travels throughout the UK and Europe, finishing with a London date at KOKO on 18 November. Full details below.