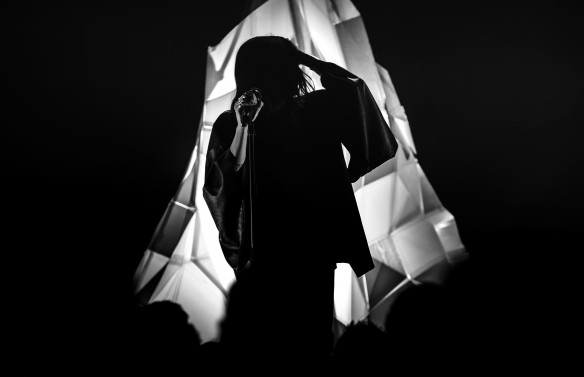 Zola Jesus releases a statuesque and frenetic performance in the brand new video for new single ‘Hunger’, taken from the critically acclaimed album TAIGA, out now on Mute.

Director Allie Avital Tsypin / BANGS says, “The video for ‘Hunger’ is essentially a sculpture project… an exploration of a life form: both raw and refined. A negotiation between form and inner life, movement and stillness, desire and satiation. Working with Nika is always an honest and satisfying collaboration… it was really fun to interpret the song and Nika’s aesthetic sensibilities through film.”

The ‘Hunger’ video features a newly mixed version of the track by Zola Jesus bandmate Alex DeGroot and Mute founder Daniel Miller and will be available digitally backed with B-Side ‘Compass’ on 9 February 2015.  Watch and share the video for “Hunger” here: