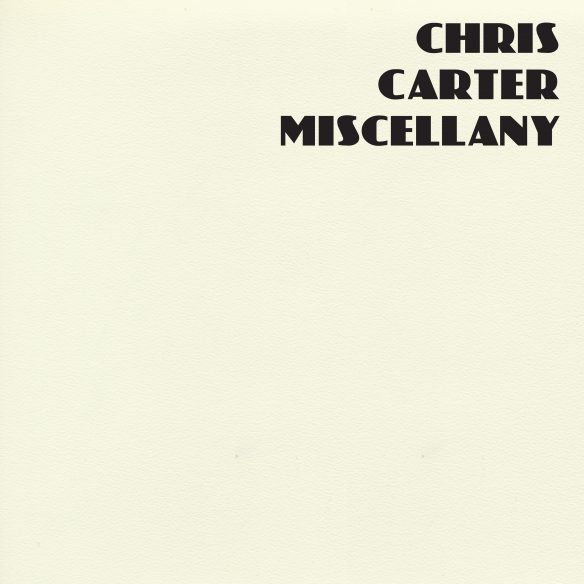 Listen to ‘Variables’, an unreleased track from 1976, which features on a disc of unreleased archival recordings from 1973-1977.

Chris Carter’s Miscellany will collate remastered (and mastered for the first time) albums and will be available as a limited – 1000 – 6-piece vinyl box set with a 24-page 12” sized booklet featuring rare and unseen images, hand-drawn synthesiser schematics and ephemera from Chris Carter’s archive. Both Disobedient and Small Moon will be available here for the first time on vinyl. The CD box set will contain 4-CDs and a 24-page booklet.

He is also credited with the invention and production of groundbreaking electronics – from the legendary Gristleizer self-built effects unit through to the Dirty Carter Experimental Sound Generating Instrument and the sold-out TG One Eurorack module (designed with Tiptop Audio) and the updated Future Sound Systems Gristleizer modules. Carter’s use of these modules can be heard during his recent series of live solo shows, including this

Rough Trade event) last year and through these, Carter has created the means to make sounds as well as making the sounds themselves.