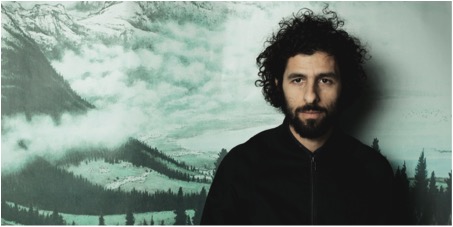 “González sounds more than ever where he belongs” – Interview Magazine

Following a sold out North American tour earlier this year and a series of festival performances this summer including Newport Folk Festival, José González has announced a return to the US this Fall with his full band. The first leg of this tour begins in Hollywood, Florida on September 28th and will include performances at Austin City Limits and Treasure Island Music Festival in October, marking more than 25 global festival performances in support of his latest album, Vestiges & Claws. See below for a full list of tour dates.

José González recorded a stripped-down session for World Café’s “Sense of Place” series hosted by David Dye in Stockholm this June. The session will air on WXPN Thursday, July 30th at 2pm EST and can be heard on their website here. Select NPR affiliate stations will also broadcast the session (check your local listings for broadcast times.)

The album was produced by González in Gothenburg, Sweden at his home, as well as Svenska Grammofonstudion. It consists of years’ worth of musical sketches that in other hands might naturally sprawl wildly in sound and style, but on Vestiges & Claws González has created a collection of songs that cohere perfectly, ensuring his position as one of the most important artists of his generation.

For a glimpse into José’s masterful and uplifting live shows, check out his recent performance on Jimmy Kimmel Live! below: