Reveal new video for ‘See That My Grave Is Kept Clean’ – watch here. Embark on North American tour on 11 May. 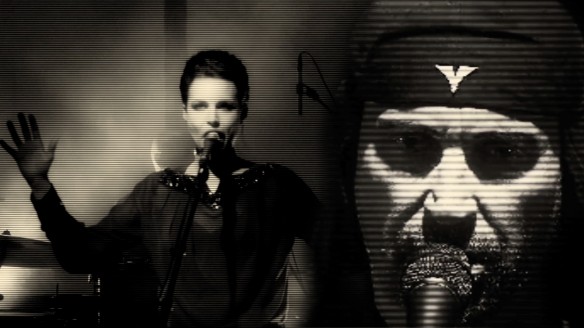 Laibach embark on a North American tour, their first in nearly 10 years, on Monday 11 May. The dates start in Washington, DC and continue into June (full details below).

Reviewing a recent UK performance, The Quietus said, “Their current show is dark, dense, thrilling, hilarious, a spectacle in a way precious few of the theatrical arena performances of our day so much as approach.” while The Scotsman talked of their suitability for the forthcoming Bond soundtrack, describing frontman Milan Fras as having “…the stern presence of a Bond heavy, while the superbly haughty Mina Spiler contemplated her keyboards with the disdainful froideur of an irresistible foreign agent.”

Watch the brand new video for See That My Grave Is Kept Clean, taken from SPECTRE, which premiered on Dangerous Minds – HERE.

Laibach recently initiated an Indigogo campaign, inviting fans to purchase exclusive items from sew on patches to artworks to a one-off opportunity to become an honorary member of the band, find out more at: http://igg.me/at/laibach