ERASURE have unveiled the Vince Clarke remix of ‘Love You To The Sky’ from their new EP, and announced an extensive tour for early 2018.

Listen to the remix here https://youtu.be/j-ACYdymhh8

The band will embark on a headline UK tour with European dates starting in Dublin on 31 January. February will see Erasure travel throughout the UK, finishing up with a return to London’s Hammersmith Eventim Apollo, before heading to Germany. The tour goes on sale on Friday 2 June, full information will be at http://www.erasureinfo.com/concerts.

The original version of ‘Love You To The Sky’ is taken from World Be Gone, the band’s latest studio album, which went into the UK Official Albums Chart at No. 6, their highest new entry in the album chart since 1994’s I Say I Say I Say.

The enduring BRIT and Ivor Novello winning pop duo have released a staggering number of albums, including 5 UK Number 1’s and 17 top 10 singles (35 singles charted in the UK Top 40) both the new album and the recent best of, Always, saw Erasure entering the Top 10 album charts once again.

World Be Gone sees the award-winning songwriters in a reflective mood, giving the world and recent political upheavals a thoughtful examination and, as highlighted on the painted artwork showing a ship’s masthead rising up from being submerged in the stormy waters, looking forward to the future.

The ‘Love You To The Sky’ EP is out on 2 June as a Maxi CD and Digital EP. In addition to the Vince Clarke remix, this includes mixes by Ladytron, Loframes, Adam Turner and Matt Pop as well as a previously unreleased b-side, ‘Nothing I Could Say’.

Erasure have just completed three sold out dates in the UK ahead of a tour as special guests of Robbie Williams, starting on Friday 2 June, full details below. 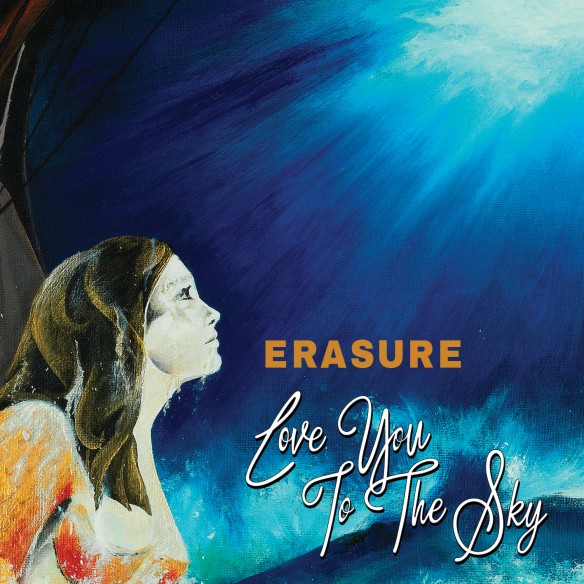 Tickets are on sale from Friday 2 June – http://www.erasureinfo.com/concerts

Tickets are on sale now – RobbieWilliams.com

‘Love You To The Sky’ (Vince Clarke Remix) – https://youtu.be/j-ACYdymhh8

‘Love You To The Sky’ (Matt Pop Remix): https://open.spotify.com/album/7kzL7VbubwQrG9NW9MDeKS

Pre-order the ‘Love You To The Sky’ maxi CD here.