Ben Frost, ‘All That You Love Will Be Eviscerated’ EP Announced

Ben Frost has announced details of All That You Love Will Be Eviscerated, a brand new EP featuring new tracks and previously unreleased remixes from Alva Noto and Steve Albini, out on 23 March 2018.

Described by The Quietus as “aural equivalent of a world turned to ash”, watch the video for the title track, a collaboration with conceptual documentary photographer Richard Mosse and cinematographer Trevor Tweeten

Ben Frost will return to London for a special date with a unique audio-visual performance featuring Marcel Weber (MFO) at Heaven on 16 March, part of a series of dates that includes Elevate Festival in Graz, Sonar in Reykjavik, ISM Hexadome in Berlin, at Schauspielhaus in Zurich and Nuit Sonores in Lyon.

The Centre Cannot Hold was recorded over ten days by Steve Albini in Chicago. The music
exists not in space, but in a space; it is a document of an event, of a room, and of the composer within it. It is music that is not fully controlled and appears to be anxiously, often violently competing against its creator. 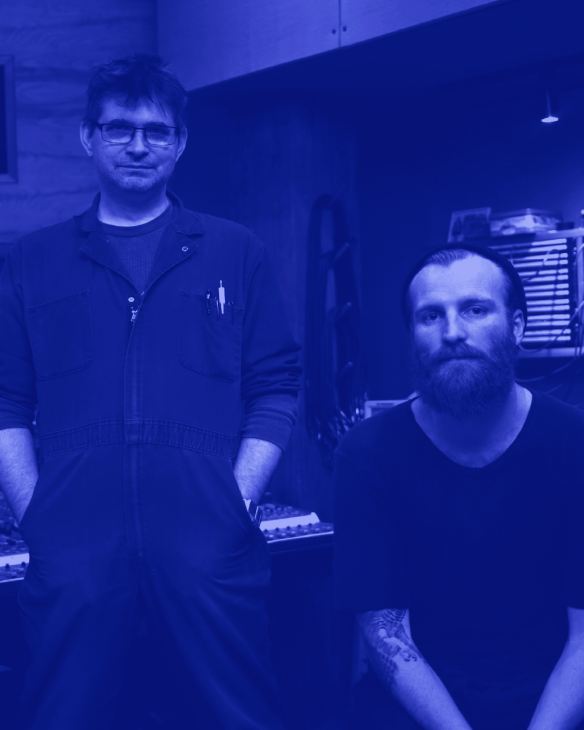 ALL THAT YOU LOVE WILL BE EVISCERATED TRACKLIST

“An exercise in restraint, endurance and chromatic saturation” – MOJO

“…filled with frustration and anger, yet not without a dark humour” – The Quietus