“IN THIS COLD PLACE”

NEW ALBUM MORE FAST SONGS ABOUT THE APOCALYPSE OUT NOW 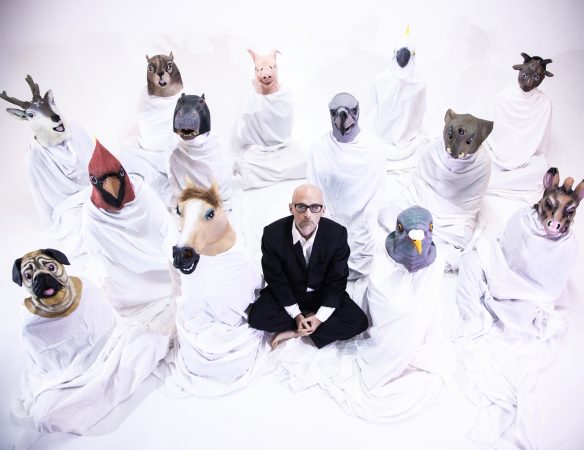 Moby & The Void Pacific Choir have released a new Steve Cutts-directed video for “In This Cold Place” – which can be found on their surprise new album More Fast Songs About the Apocalypse. The band previously enlisted Cutts’s artistic prowess for the “Are You Lost In the World Like Me?” video which was released in 2016 and went viral immediately, racking up 28 million views to date and winning a Webby Award for animation. Watch the video for “In This Cold Place” now at Huffington Post.

Reflecting on the video, Moby says, “Working on ‘In This Cold Place’ and ‘Are You Lost In the World Like Me?’ with Steve Cutts has been a creative highlight for me. He’s such a great animator and activist, and I’m so happy he agreed to make these two videos.”

Steve Cutts says, “‘To me the ‘Saturday morning toon’ format seemed an apt way of depicting the circus of modern society, with the film focusing on our consumerism, greed, corruption and ultimately our self destructiveness. It laments the way children’s cartoons sugar coat reality, particularly in advertising where animals are portrayed as ecstatically happy to be taken advantage of for profit and characters are feverishly obsessed with a certain brand of products.”

Last week, Moby & The Void Pacific Choir released More Fast Songs About The Apocalypse, the follow-up to 2016’s These Systems Are Failing. The album is available now on all digital and streaming platforms as well as on WeTransfer via a free download bundle that includes These Systems Are Failing. Fans are encouraged to donate the money they would have spent on the album to a charity of their choosing. Download More Fast Songs About The Apocalypse HERE.

The album is also available to purchase in both standard CD and special pink vinyl editions. Order either format HERE.

Watch the “In This Cold Place” video