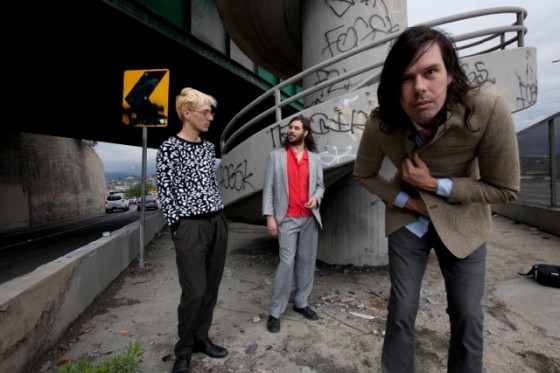 Liars – Angus Andrew, Aaron Hemphill and Julian Gross – announce details of a new single, Brats, out on 12″ and download on 15 October 2012 and unveil the video

an eerie motion capture animation, quite unlike anything you’ve seen before.
Brats, one of the stand-out tracks from recent live shows, was described by Loud & Quiet as “a dose of droning industrial atmospherics against a buzzsaw beat that just won’t quit” while Artrocker said it “…takes the DFA disco groove into starlit psychedelia”.

Directed by the artist Ian Cheng, who explains: “For Brats, I used a familiar animated narrative – hapless hunter vs. terroristic rabbit – as a format to grow a garden of signature motions. This collection of motions becomes material to recompose a new non-narrative choreography that animates the bodies of Liars. The Brats video documents this entropic haunting – from the ingredients of familiar meaning arises the terror of reckless non-meaning.” 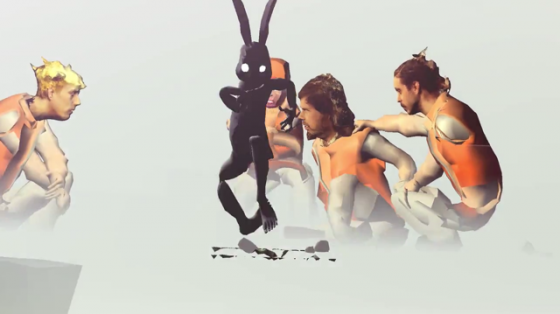 Angus Andrew continues, “I’m intrigued by Ian Cheng’s ability to re-imagine computer graphics that are as awkward and out of control as real life. It’s unusual to see computer-animated, digital bodies with flaws that breathe, pulse, and bear traces of their imperfect analog origin and I’m honored that we could provide the inspiration for this very unique vision.”

WIXIW (pronounced “wish you”) is Liars’ critically acclaimed sixth studio album. The album was recorded in LA, self-produced by the band with additional production from Daniel Miller and mixed by Tom Biller. It’s an album that is hard to shake, tough to pin down, and impossible to get out of one’s head even after an initial listen. Simultaneously the most accessible and most challenging release from these iconoclasts, it is both a summation of Liars’ work up to now, and a complete break from anything you’d ever heard the band do previously.

Read a review of their recent riotous sold out London date by The Quietus here: http://bit.ly/MBcT9x