ACR will then commence a UK tour early in 2018. A Certain Ratio (Jez Kerr, Donald Johnson, Martin Moscrop, Denise Johnson, Tony Quigley and Liam Mullan) will kick off the dates on 16 March with a show in Newcastle, the tour will include a performance in London on 21 April and at Atmosphere Festival at Seel Park in Mossley, full details below.

A Certain Ratio are supporters of Artists Against Hunger, a campaign by Action Against Hunger and will donate £1 for each ticket sold in 2018. For further details, please go to: http://againsthunger.uk/acr 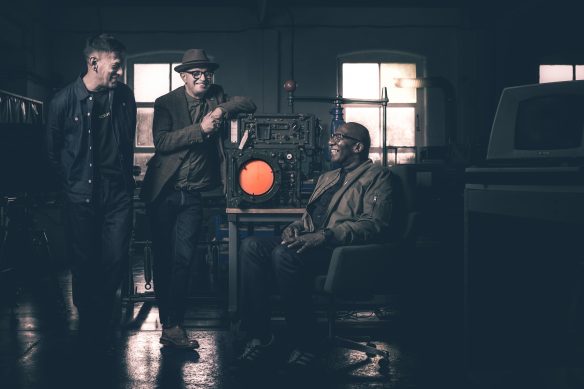 Friday 24 November will see the first three albums in a reissues series released:

The Graveyard And The Ballroom (limited edition vinyl with PVC sleeve)

Order from all good music stores or here: ACR store

“It was dance music, but a very different kind of dance music, one that located funk’s heart of darkness” – CLASSIC POP

“Soulful, smooth and packed with proper anthems…” – The Vinyl Factory on Good Together

They have gone on to influence generations of musicians – from Talking Heads, LCD Soundsystem, Happy Mondays, Franz Ferdinand, ESG, Factory Floor and Andrew Weatherall. The Guardian’s Dave Simpson paid tribute to the band, once described as “James Brown on acid” in a recent Cult Heroes piece: “Once you start listening to A Certain Ratio, it’s difficult to stop”.