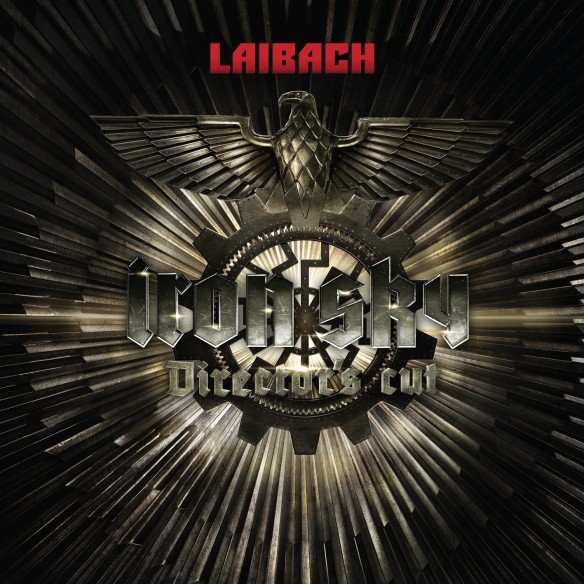 In 2012 Laibach were commissioned to compose the music for the Finnish dark comedy Iron Sky, which achieved cult-status and raised more than $1 million via crowdfunding.

The film plot revolves around the last moments of World War II when a secret Nazi space program evaded destruction by fleeing to the Dark Side of the Moon. During 70 years of utter secrecy, the Nazis construct a gigantic space fortress with a massive armada of flying saucers, getting ready for the invasion of Earth!

The Director’s cut (aka The Dictator’s Cut) is the ultimate version of Iron Sky, featuring 20 additional minutes of never before seen footage, more epic space battles and special effects together with added music not included in the original version of the film.

The new soundtrack release is stripped of the added film dialogues that were present on the Original Soundtrack, giving a new perspective to the music for the ultimate listening experience, available for the first time on vinyl.

For 2014, Laibach are preparing a new album, called SPECTRE that sees the group ‘re-inventing’ itself in a newly-born, yet polished and solid formation, calling into question all the rigid and cemented interpretations (and prejudices) about itself, about its music, intentions, philosophy and ideology.

Following the success of the historic show at Tate Modern in 2012, Laibach will be playing at KOKO in London on 12 March 2014.