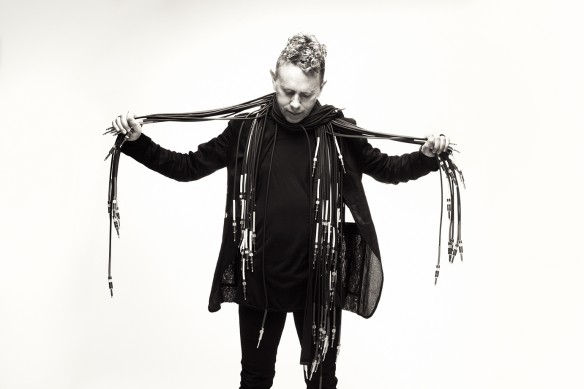 Martin Gore will preview his forthcoming solo record in full, on April 22, 2015 at 4pm EST. During this exclusive pre-release stream of the album, Martin will be online to answer fan questions live. For information on where to join the album playback and online conversation, visit http://www.martingore.com / https://www.facebook.com/MartinGore from Wednesday April 22.

MG was written and produced by Gore in his home studio in Santa Barbara, and is comprised of textural, emotional and filmic instrumentals. Until this point, “Europa Hymn” is the only track that has been revealed in full, with Rolling Stone highlighting its “atmospheric” and “melancholy synthesizers,” VICE/Noisey lauding its “strong soundtrack quality,” and Stereogum summing it up as “calm and galactic.” Listen to “Europa Hymn” here.