Performs the songs of Serge Gainsbourg

on Intoxicated Man and Pink Elephants 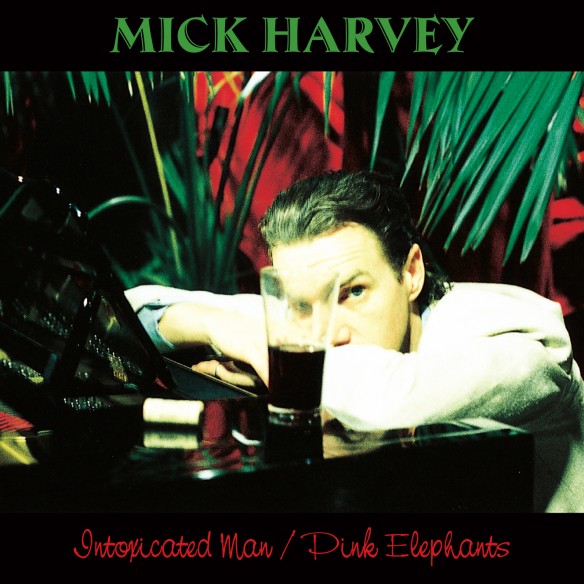 Mick Harvey has announced the release of a double CD collection of his two Serge Gainsbourg albums, Intoxicated Man and Pink Elephants, on Mute on May 6th 2014.

Mick Harvey and his band will perform the songs of Serge Gainsbourg on May 27th at London’s Union Chapel before an appearance at Primavera Sound in Barcelona on May 30th and a show on June 14th at Theatres Tilburg. For a complete list of all upcoming dates please see below.

Listen to “Dr Jekyll,” a previously unreleased track that will be included in the upcoming deluxe re-issue HERE

Intoxicated Man (1995) and Pink Elephants (1997) are Mick Harvey’s interpretations of the songs of legendary singer, songwriter and poet Serge Gainsbourg and are the first major works translating Gainsbourg’s infuential work from French to English. The double CD collection will include two unreleased tracks, “Dr Jekyll” and “Run From Happiness.”

Originally, Harvey embarked on the project as a result of his own curiousity about the songs and particularly the lyrics. At the time of the original recordings Gainsbourg was little known outside classic works such as “Je T’aime… Moi Non Plus” (I Love You… Nor Do I) and “Bonnie & Clyde.” On this collection these classic works are presented alongside dozens of Gainsbourg’s lesser known yet equally intriguing and unusual compositions.

2013 saw Mick Harvey and his band perform the songs of Serge Gainsbourg at the Yeah Yeah Yeahs curated ATP festival. With January dates already completed in Australia,  European dates are being set up for May and into June 2014, details to follow.

The reissues coincide with the anniversary of Gainsbourg’s birth  (April 2nd, 1928) and follow Mick Harvey’s 2013 album, FOUR (Acts of Love), which was the former Bad Seed and PJ Harvey collaborator’s sixth solo studio album, and the follow up to 2011’s Sketches from the Book of the Dead.