The remix follows qgom originator Griffit Vigo’s rework of ‘Tavern Kween’, from album Desire. The album is an exploration of loss, displacement, and the terrifying manifestations of love in the contemporary world. The expansive exploration of spirituality and the divine is palpable, and skilfully interlaces snapshots from decidedly grounded human experiences. It serves as a captivating introduction to their singular and multi-faceted world.

Kwazulu-natal born, multi-disciplinary artistDesire Marea(born Buyani Duma) was a founding member of Johannesburg collective FAKA. Over the last few weeks their debut solo album ‘Desire’ has been picked as Rough Trade’s Album of the Month and BBC 6Music’s Album of the Day. It is available on CD, as a standard white vinyl with lyric booklet, and as a Rough Trade edition (clear vinyl in a PVC sleeve, with a limited edition 4-track CD of ‘Desire Marea Nezimakade (Live at Alliance Française Ethekwini)’.

Listen to the album: https://mute.ffm.to/desire

“…on Desire, their exploration of the divine takes them in a many-splendored multitude of stylistic directions, often within the span of a single track: liturgical drone, galloping club beats, existential noise.” – Pitchfork
“Everything about Desire Marea’s new track “Tavern Kween” screams regal. It features an eclectic mix of electric, clubhouse beats, and bold brass instrumentation that would make it at home at the ballroom and the club.” –THEM

“Extraordinary… Hauntingly epic, defiantly free-spirited.” –Vogue
“Desire is a truly singular record. One where the varying styles incorporated shouldn’t co-exist as harmoniously as they do. Their assured artistic sensibilities drive the tonal dexterity at dizzying speeds.” –Loud & Quiet 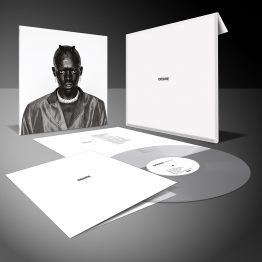 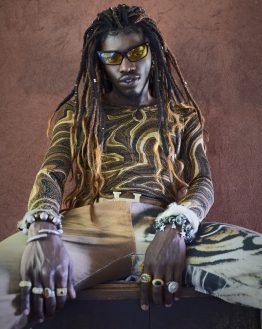