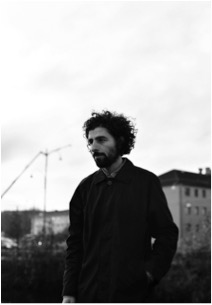 “His voice is a singular instrument, warm and textured”

“The most fully expansive record of his career”

“A collection that is simultaneously confident, free and uncertain”

Today, José González kicks off his sold out North American tour in Philadelphia at Union Transfer.  Selling out in record time, these are José’s first solo tour dates since 2008. After playing to a sold out crowd tonight in Philadelphia, José will carry on the run of full-band performances in many major cities including New York, Toronto, Chicago, and Los Angeles.

The tour is in support of González’s critically acclaimed record, Vestiges & Claws, his first album in seven years. Under The Radar called it “a succinct evolution.” Pitchfork commented saying “González self-produces on Vestiges & Claws and there’s an unvarnished, prickly edge to the recording. Even when others are in the room, the album feels solitary. His best songs don’t unfold, exactly; instead, the cyclical guitar and vocal patterns sound like they’re adding invisible but perceptible layers. Though his vocals are as soft and supple as a down comforter, there’s an eerie quality to González’s restraint and levity.”

José also created a playlist of some of his favorite singer-songwriters for your listening pleasure. You can stream the playlist at the link below.