Take Me Back Home Video

NEW Debut video for “Take Me Back Home” 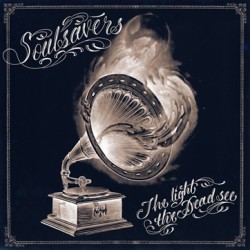 NEW ALBUM THE LIGHT THE DEAD SEE OUT NOW

LYRICS AND VOCALS BY DAVE GAHAN

Soulsavers are pleased to debut the video for “Take Me Back Home” off their latest release, The Light the Dead See, a collaboration with Depeche Mode’s Dave Gahan.

The record, out now via Mute, is the follow-up to 2009’s critically acclaimed album Broken.

Praise for The Light the Dead See:

Beautiful — both melancholy and uplifting at the same time.”

“A wonderfully cinematic album, a sonic backdrop to the end of the world painted in sorrowful and sweeping strings, coalescing organs.”

“The Light the Dead See achieves a result all too hard to pull off – it is theatrical without feeling like an act, saturated with atmosphere without being swamped in it.”

“Gahan’s voice is front and center, left in the fore to shine.  And shine it does”’

“Magnificent songs about demons and failings, morality and mortality, regret, faith and devotion 4/5”

Venturing out from the studio to the road, Soulsavers were invited to support Depeche Mode on the European leg of the band’s vast 2010 Tour of the Universe. Here, the seeds of The Light The Dead See were sewn. With Gahan penning lyrics for the music and recording his own vocals in New York, then Machin building up the results into fully-formed and arranged epics, the international project was a case of “chemistry working”.

The album was mastered at Abbey Road earlier this year. 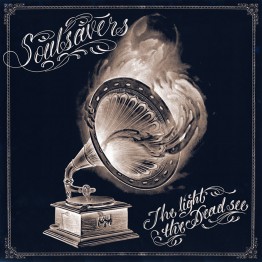