Can – The Singles – a collection of all of the band’s single releases – is out on 16 June 2017 on triple vinyl, download, CD and to stream.

‘Shikako Maru Ten’ was the B-side to Spoon, a Top 10 hit in Germany in 1972. The singles on this compilation are all in presented in their original 7” version and ‘Shikako Maru Ten’, which never appeared on a studio album, is available here for the first time on vinyl outside its original release.

This unique document is the first time the singles have been presented together and shows the breadth of their influential career, from well loved tracks like ‘Halleluwah’, ‘Vitamin C’ and ‘I Want More’ to more obscure singles such as ‘Silent Night’ and ‘Turtles Have Short Legs’. 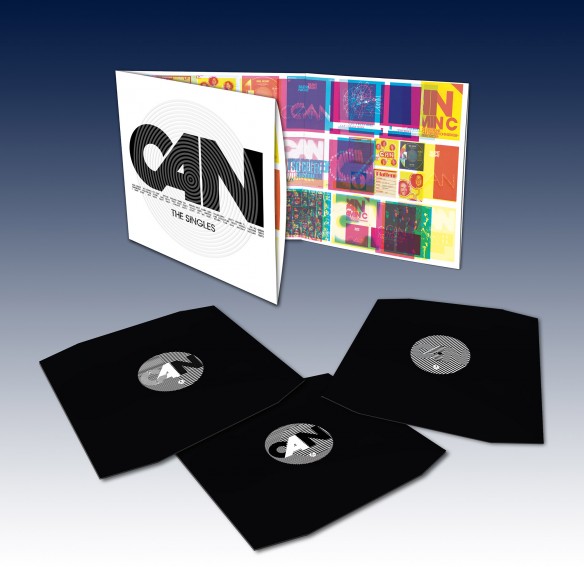 CAN  – THE SINGLES TRACKLISTING