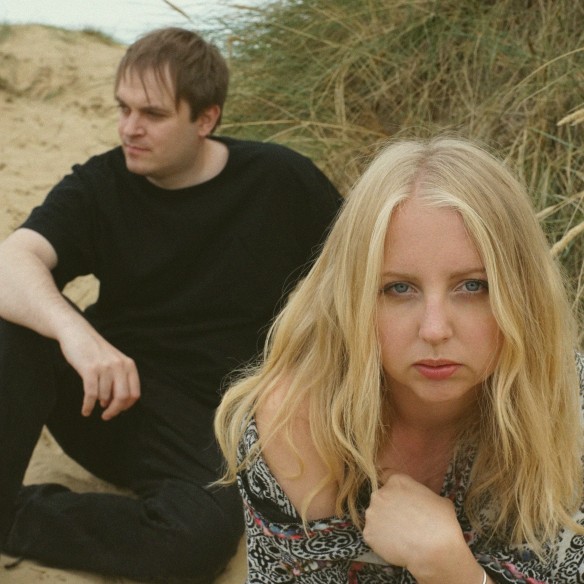 Polly Scattergood and James Chapman (Maps) aka onDeadWaves have announced the Blackbird EP, out on 28 October 2016. The EP follows the release of their debut album, which came out on Mute earlier in the summer and will coincide with a London live show at the Lexington on the 20 October.

Ahead of the Blackbird EP, the band have released two tracks recently recorded, called Dusk Sessions #1: a brand new acoustic version of ‘California’ and their cover of Pink Floyd’s hypnotic ‘Comfortably Numb’ https://youtu.be/pYK4wm4xKJA

onDeadWaves explain, “We recorded this late one night in the studio, in the countryside, where we had recorded our debut album. We started quite late, and didn’t stop the session to sleep, we just drank coffee and continued recording until the morning – an intense session. We didn’t really talk about it much after we had recorded it, but the song resonated with us both for various reasons on a very deep and personal level.”

The pair reconvened at James’ studio in the countryside and, starved of social contact, found the landscape provided inspiration. Blackbird, Lauren Laverne’s MPFree pick on announcement, was inspired by a frequent, feathered visitor. Listen to the album version of Blackbird here, described by Q as “… a world of smeared mascara and trailer-park heartache.” and by The Times as a “Languorous Balearic ballad with sullenly gorgeous vocals” – https://youtu.be/ZS6fiOVGk80

Further listening:
Watch the video for the album version of ‘California’ here: https://youtu.be/Ona-cry5zEM

Listen to ‘Blue Inside’ here: https://youtu.be/WQROMzqtgbY

The album is out now on CD, digital and as a limited edition vinyl which comes with a signed art print.