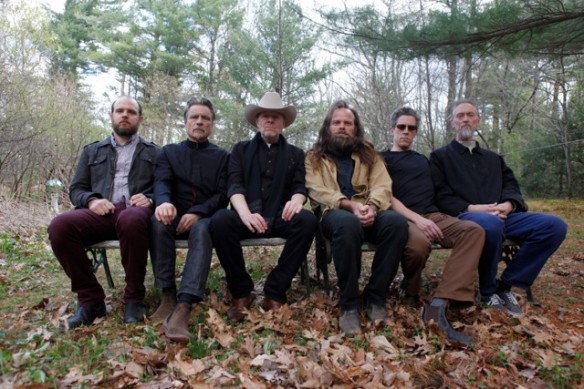 Swans have announced their biggest UK headline show yet, at London’s legendary Roundhouse, on 21 May 2015. Tickets for the show go onsale from Friday 12 September here, special guests will be announced shortly.

Swans infamous and mighty live performance has been described by the Guardian as “a magnificent achievement”, by The Quietus as “a revelation” and by NME as “colossal” and in the surroundings of London’s historic Roundhouse, the event promises to show it at its most intense.

The band’s extensive live schedule sees them return to Europe in September, and a recently announced festival curated by Swans / Michael Gira will see three days of music (20-23 November) culminating in a Swans performance. The Mouth To Mouth festival, part of Le Guess Who? in Utrecht, features a stunning line up that includes labelmate Ben Frost alongside Wire, Silver Apples, Savages & Bo Ningen’s epic sonic poem ‘Words to the Blind’, Xiu Xiu plus many more, full details at: http://leguesswho.nl/

Watch a short film premiering now on NOWNESS, featuring an interview with Michael Gira and clips of an acoustic performance of Oxygen HERE.