Announce remastered reissues of White Light from the Mouth of Infinity & Love of Life – to be released 4 December.

Swans continue their remastered reissues series on Mute / Young God Records with the release of White Light from the Mouth of Infinity and Love of Life on4 December 2015. 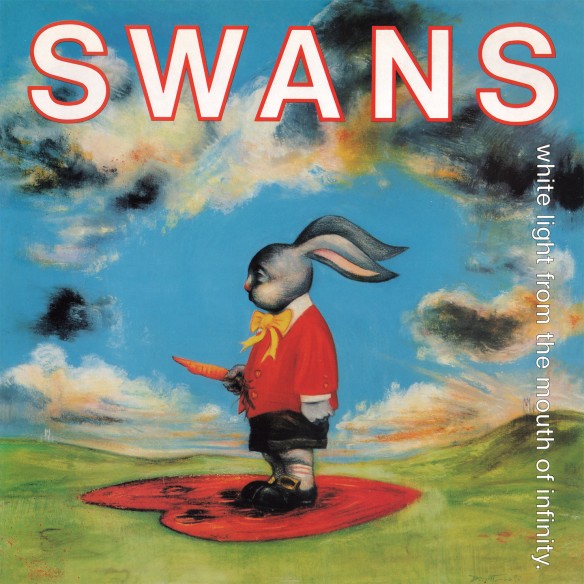 The two albums will be initially released as a limited vinyl box set and presented in the original restored artwork, which includes paintings by Deryk Thomas. The 2500 micron black lined box – with original logo in silver foil block in black paper – will also include 2 rare posters, a CD of outtakes, rarities, contemporaneous live recordings and a download code for both albums. 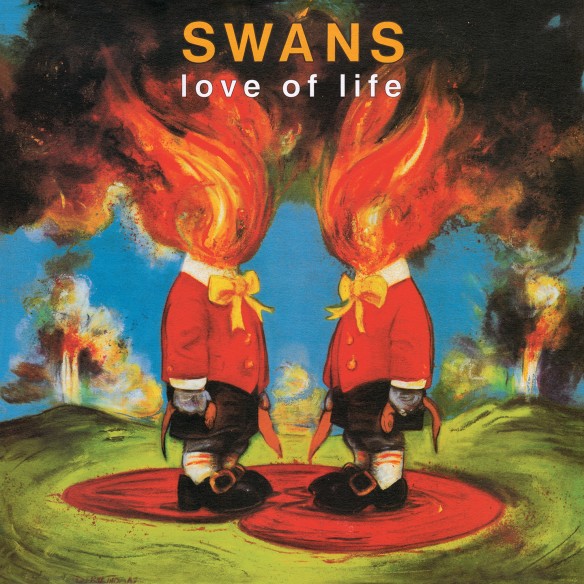 In addition,White Light from the Mouth of Infinity and Love of Life will be available as a 3xCD set (which will include the bonus disc) and digitally. 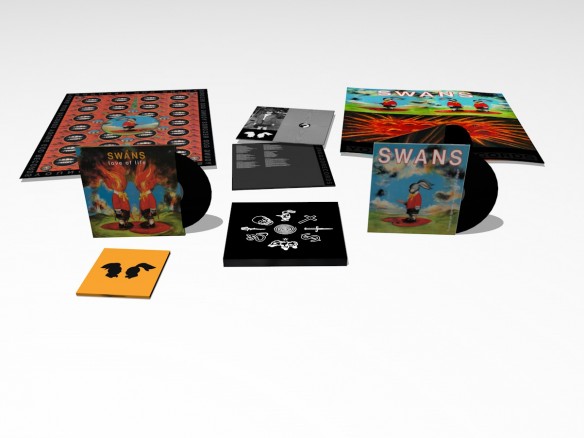 Listen to “Love Will Save You” here:

White Light from the Mouth of Infinity, Swans’ seventh studio album originally released in 1991, is considered the starting point for the second section of Swans’ inimitable history. Described as “…the glistening, glimmering sounds of the pensive countryside” by Stereogum, this will be the first timeWhite Light from the Mouth of Infinity has been available on vinyl since its original release on Young God Records in 1991. The vinyl issue will include the track ‘Blind’, not included in the original release.

Love of Life, the band’s eighth studio album, followed soon after in 1992. According to Allmusic’s Ned Ragget, “Love of Life continues the astounding creative roll Swans found themselves on … yet another Swans masterpiece.”

The vinyl version of this album has also been unavailable since its original release.

Michael Gira recently announced that Swans are currently working on their last album in this “current incarnation”. The basic tracks and vocals were completed last month at Sonic Ranch studio in Texas with John Congleton as engineer, with Michael Gira producing. Further work will continue in Seattle and Berlin and the new album is expected to be released on Mute / Young God Records in late spring 2016.