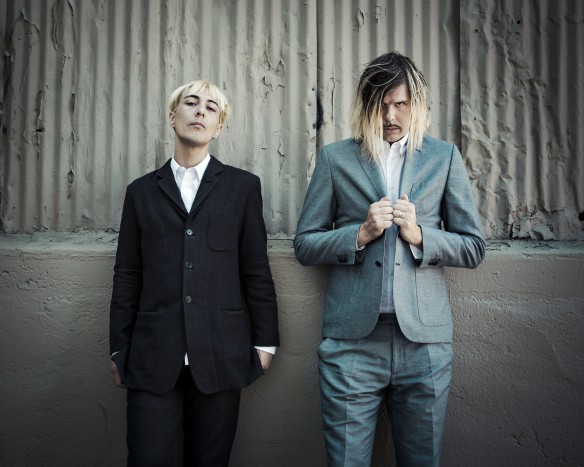 “As a live act, Liars have reached that crucial nexus between well-rehearsed precision and the intuition that comes with having been a band for over a decade and sensing one another’s next move even when it’s not in the script. In 2014, the group seems to perform without doubt or hesitation…” – The 405

LIARS have announced details of a European tour, their first since the release of latest album, Mess. The tour begins in Paris on 9 October and sees Liars return to the UK with an appearance at Bristol’s Simple Things Festival (25 October), Dublin’s Button Factory (26 October), Liverpool’s Music Week at the Kazimier (31 October) with a London date, their first since 2012, at Village Underground on 1 November.

The London Village Underground show is set to be a Liars club-night event, running from 8pm till late, with specially chosen guests and DJs to be announced.

The dates will be followed by a new single, out in November. I’m No Gold is taken from Liars’ latest album, Mess, an album of the year so far in the The Quietus, Stereogum and The 405’s lists.