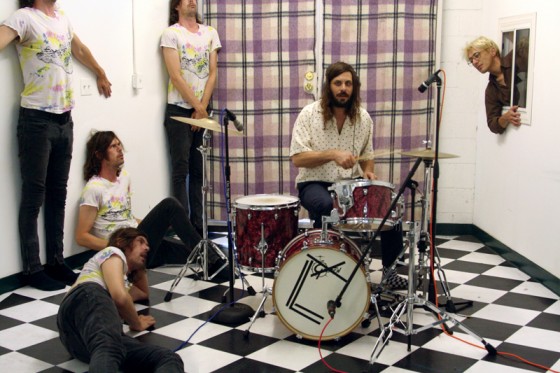 Liars – Angus Andrew, Aaron Hemphill and Julian Gross – announce a UK & European tour in October including London’s Scala on 16 October. The dates follow an incredible run of dates around the release of WIXIW that saw Liars play a series of intimate shows, including Field Day and a riotous sold out XOYO show, http://bit.ly/MBcT9x

The October UK tour sees Liars performing as a three-piece, and follows the release of their critically acclaimed sixth studio album, WIXIW (pronounced “wish you”), the follow up to Sisterworld (#9 in the NME’s Albums of the Year 2010). The band then return to Europe for a tour that includes Pitchfork’s Parisian festival on 3 November.

Full dates below, on sale from Wednesday 20 June.

WIXIW was recorded in LA, self-produced by the band with additional production from Daniel Miller and mixed by Tom Biller. It’s an album that is hard to shake, tough to pin down, and impossible to get out of one’s head even after an initial listen. Simultaneously the most accessible and most challenging release from these iconoclasts, it is both a summation of Liars’ work up to now, and a complete break from anything you’d ever heard the band do previously.

Watch a video of Liars talking about Side A of WIXIW, track by track here and keep your eyes peeled for Side B, coming later this week.

Watch the video for the first single, No. 1 Against The Rush HERE
Listen to Vince Clarke http://youtu.be/MDMPL5V0_zg and Matmos’ remixes: http://bit.ly/LDjdTC