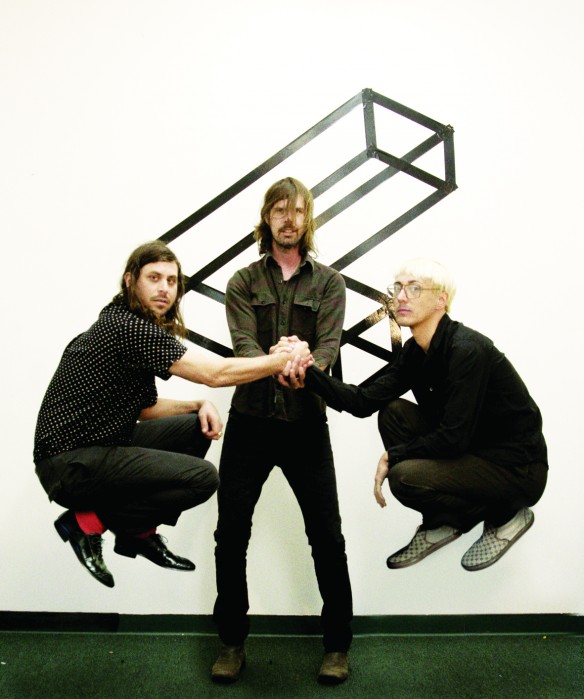 LIARS – Angus Andrew, Julian Gross and Aaron Hemphill – have premiered a brand new video – the title track from their latest album, WIXIW, and announced details of a series of dates in the US and Europe.

Directed by ALEX/2TONE from What You Steal, the video is described by Angus Andrew as “…like a beautifully shot black and white basketball version of Sisyphus.” Read an interview with ALEX/2TONE, who Liars featured as Guest Editors at Dazed Digital HERE:

Aaron Hemphill explains further, “When making WIXIW, basketball was the only piece of the outside world we would indulge in.  Watching the players in a finite contest, whose performance was validated with stats that showed they either played a good, or bad game provided some sense of relief and envy for us. With songwriting, there is no such way to determine if you did a good job. No rankings or points. No time limit telling you to stop. Here in the WIXIW video directed by What You Steal, we find the world of basketball may not be so clearly defined. This task is shown with more in common to what we were feeling writing the music than what we were envying on the television screen. What You Steal developed this treatment without any input from us, which makes this coincidence seem frighteningly appropriate, and educational.”

WIXIW (pronounced “wish you”) is Liars’ critically acclaimed sixth studio album. Featuring heavily in the critics’ Albums of the Year (including NME, The Quietus, The Fly, Drowned In Sound, The Observer, BBC online and Clash), the album was recorded at the band’s studio in LA.

Self-produced, with additional production from Daniel Miller and mixed by Tom Biller, WIXIW is an album that is hard to shake, tough to pin down, and impossible to get out of one’s head even after an initial listen.

Simultaneously the most accessible and most challenging release from these iconoclasts, it is both a summation of Liars’ work up to now, and a complete break from anything you’d ever heard the band do previously.

The bands dates for 2013 start in New York, at the Metropolitan Museum of Art’s Temple of Dendur, continue at the Brooklyn Masonic Hall and see the band in Barcelona for Primavera Sound and Sónar’s 20th Anniversary (full details below, more dates to be announced). Tickets for French and Italian dates are on sale w.c. 11 Feb – www.liarsliarsliars.com