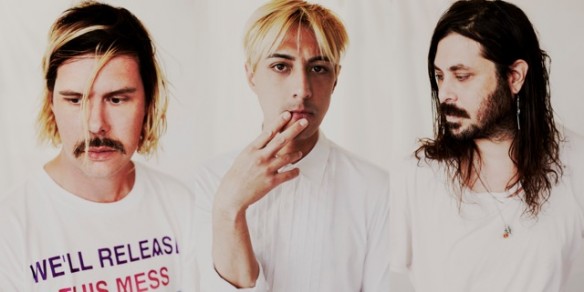 LIARS have unveiled the compelling new video for their latest single, ‘Pro Anti Anti’. The video was directed by Yoona Park, whose previous credits include Big Deal and Washed Out, watch it here:

‘Pro Anti Anti’ is released on limited coloured vinyl and download on 30 June 2014 and features remixes by Nik Void and Gabriel Gurnsey (Factory Floor), London based producer, Truss and one from the Melbourne collective Nest Of Teens (who remixed Liars’ previous single, ‘Mess On A Mission’). In addition, the single comes backed with an exclusive new track ‘Waste Fraud’ and a radio mix from Daniel Miller.

‘Pro Anti Anti’ is the latest single to be taken from their critically acclaimed seventh studio album, Mess – out now.

Liars return to Europe in July and August for a series of festival dates – Roskilde, ATP Iceland, La Route du Rock and Jabberwocky.