We have announced updates to MUTE 4.0 (1978 > TOMORROW), a series of special events and releases continuing through 2018 with plans for 2019 and beyond, ahead of this weekend’s Rough Trade East takeover on Saturday 13 October where Mute will host a whole day of performances, including a lunchtime modular set from Chris Carter plus shopscapes from Simon Fisher Turner.  In the evening, A Certain Ratio and Lost Under Heaven will play live, and Maps will be DJing. Online tickets are now sold out for the evening event. There will be a small amount available on the door, and everyone is welcome during the day when Chris Carter and Simon Fisher Turner will be performing. 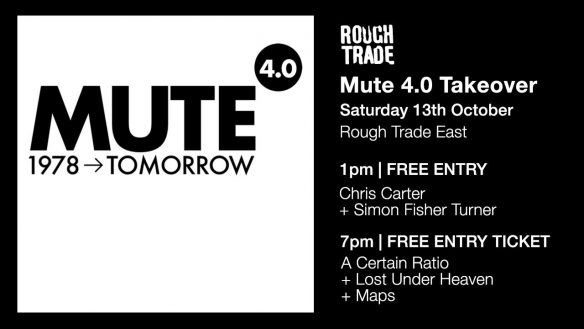 A series of Pitchblack Playback events marking MUTE 4.0 (1978 > TOMORROW), launches on Tuesday 16 October, with Yazoo’s Upstairs at Eric’s. At these unique events, listeners are invited to enjoy the album in full without distraction, in a pitch black room (blindfolds are optional!) on The Lexi’s immersive cinema sound system. 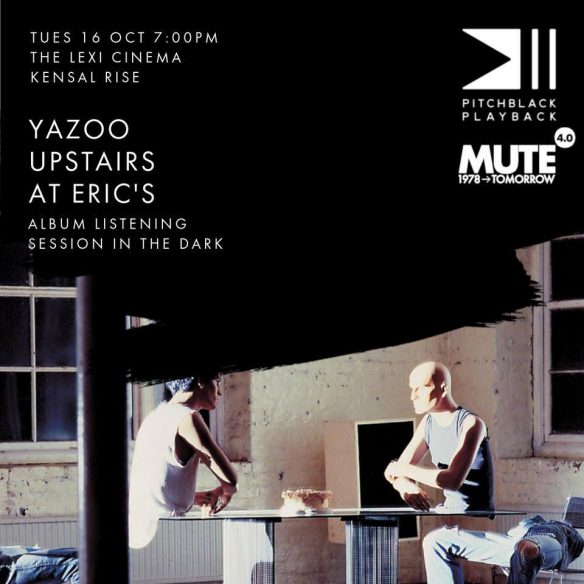 We’ve also announced a collaboration with 1 of 100, a specially designed t-shirt based on The Normal T.V.O.D artwork which will be available in a strictly limited edition of 100, each shirt made to order in your chosen size, numbered and printed on organic, climate neutral cotton. you can order the t-shirt here

Forthcoming releases that tie in with Mute 4.0 include artists from across Mute’s catalogue as well as newer signings to the label.

12 October will see the release of special vinyl editions for Mute 4.0: “probably the world’s first teenage electronic pop group”, Silicon Teens, and their one and only album ‘Music For Parties’; Mute’s first signing, Fad Gadget – ‘Fireside Favourites’; Josh T. Pearson’s lauded ‘Last Of The Country Gentlemen’, Apparat – ‘The Devil’s Walk’; Vince Clarke and Martin Gore’s project, VCMG – ‘Ssss’ and A Certain Ratio – ‘The Graveyard & The Ballroom’. Pearson will be released on gold vinyl, Apparat on violet and the rest will be on very limited Mute 4.0 orange vinyl. 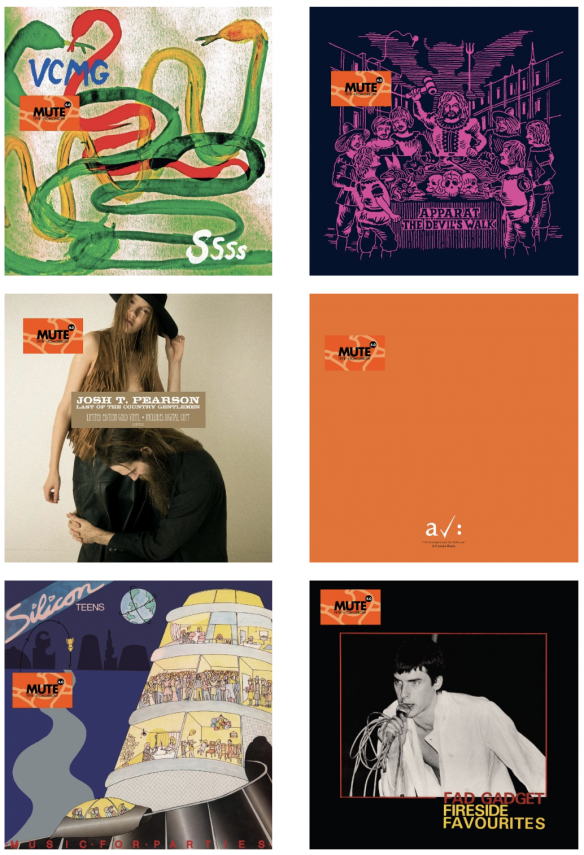 In addition, A Certain Ratio’s ACR:SET is out on 12 October and features two new tracks from the band and Barry Adamson’s Memento Mori Anthology 1978-2018 – which includes a brand new track – is out on 26 October. Those releases will be followed in November by brand new albums from Irmin Schmidt (Klavierstucke 5), Mick Harvey & Christopher Richard Barker’s opus The Fall and Rise of Edgar Bourchier and the Horrors of War plus Laibach’s long-awaited The Sound of Music. January 2019 will see the release of Lost Under Heaven’s second album, Love Hates What You Become and Mark Stewart has recently announced the definitive reissue of his debut solo album, Learning To Cope With Cowardice, available with newly discovered unreleased tracks.

Mute / BMG releases include Yazoo’s Four Pieces vinyl set and Three Pieces (CD set), both collating their two albums alongside the BBC sessions (available for the first time in full), remixes and rarities (out on 26 Oct); Grinderman’s debut album, released on limited edition green vinyl on 26 October and Nick Cave and Warren Ellis’ soundtrack for The Proposition, available on vinyl for the first time on 2 November. 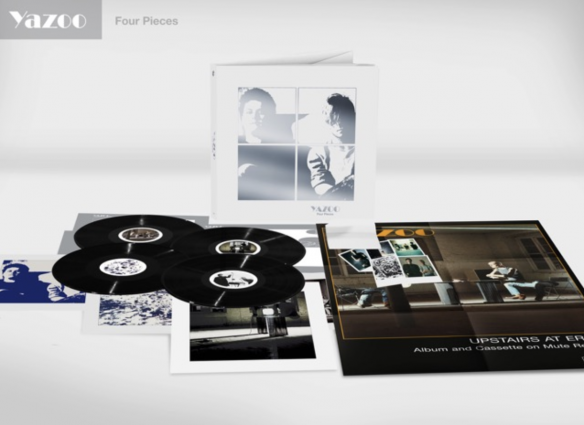 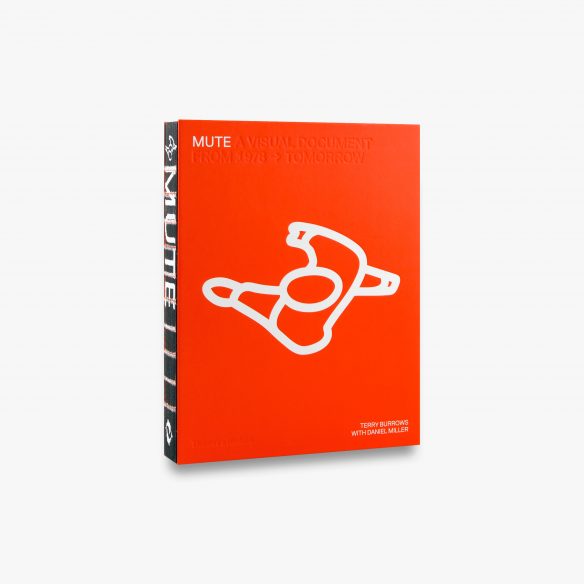 Since Mute’s launch in 1978, the label has grown from Miller’s one-man bedroom operation into a global entity that encompasses Mute, the recently revived label NovaMute, Mute Song (publishing), Noviton (booking agency) and Mute Management, with offices in London and New York. 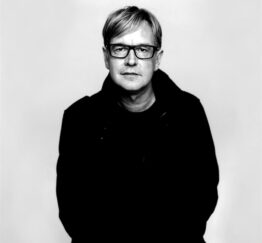 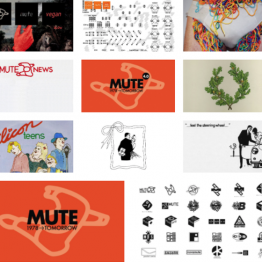 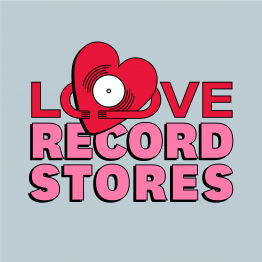 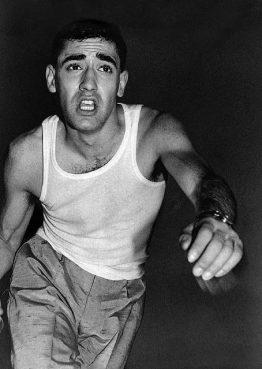 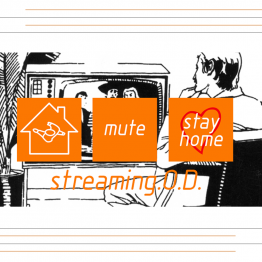 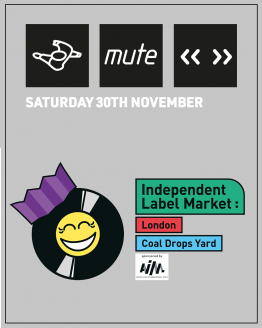 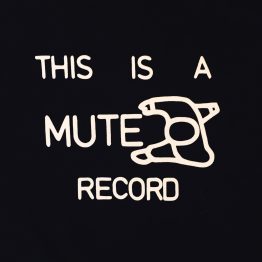 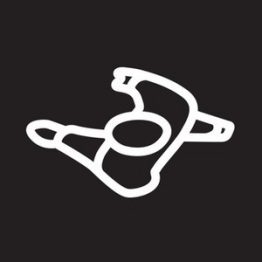 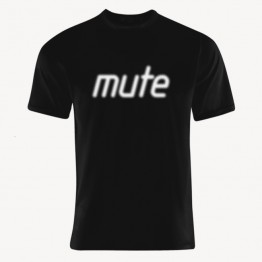 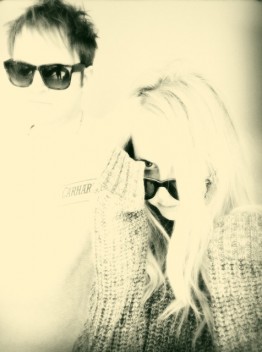 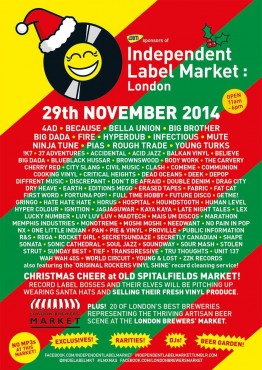 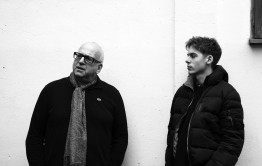